In Arkansas, a bill becomes law after it sits on the governor’s desk for five days without any action.

“In essence, the debate and the bills themselves create distrust and additional hesitancy regarding the COVID-19 vaccines,” Hutchinson said during his weekly news conference, adding that the vaccines have been carefully tested and evaluated under a rigorous process under the Food and Drug Administration.

Hutchinson told reporters he allowed the measure to become law without his signature despite the concerns he expressed. The new law, however, won’t take effect until early next year. The legislation passed by wide margins, and a simple majority vote is all that is necessary to override a governor’s veto.

“These two bills (House Bill 1977 and Senate Bill 739) are designed to push back on President Biden’s vaccine mandate for federal contractors and employers with more than 100 employees,” Hutchinson said, adding that he also disagrees with Biden’s anticipated mandate. “But the solution is not to place additional mandates on employers on the state government level. The solution is not to place employers in a squeeze play between the federal government and the state government.”

The measure requires employers to allow workers to opt out of COVID-19 vaccine requirements if they’re tested weekly or can prove they have antibodies for the virus. Health officials have said antibody tests should not be used to assess immunity against the coronavirus and that people who have recovered from COVID-19 should still get vaccinated.

Hutchinson said people can already opt out of the vaccine for religious or medical reasons.

“Those protections are already in place under current law,” Hutchinson said. “In fact, based upon the president’s announcement, it is anticipated that the federal mandate will allow for weekly testing for those individuals who do not wish to take the vaccine.”

The Arkansas Department of Health reported 694 new coronavirus cases on Wednesday, down from 882 from Oct. 6. However, in Northeast Arkansas, Craighead, Greene and Jackson counties had slight increases from the previous Wednesday.

The state reported 19 deaths, including two in Clay and one in Greene County. Since the pandemic reached Arkansas in March 2020, the state believes at least 8,166 residents have died from complications from the disease.

The Associated Press contributed to this report. 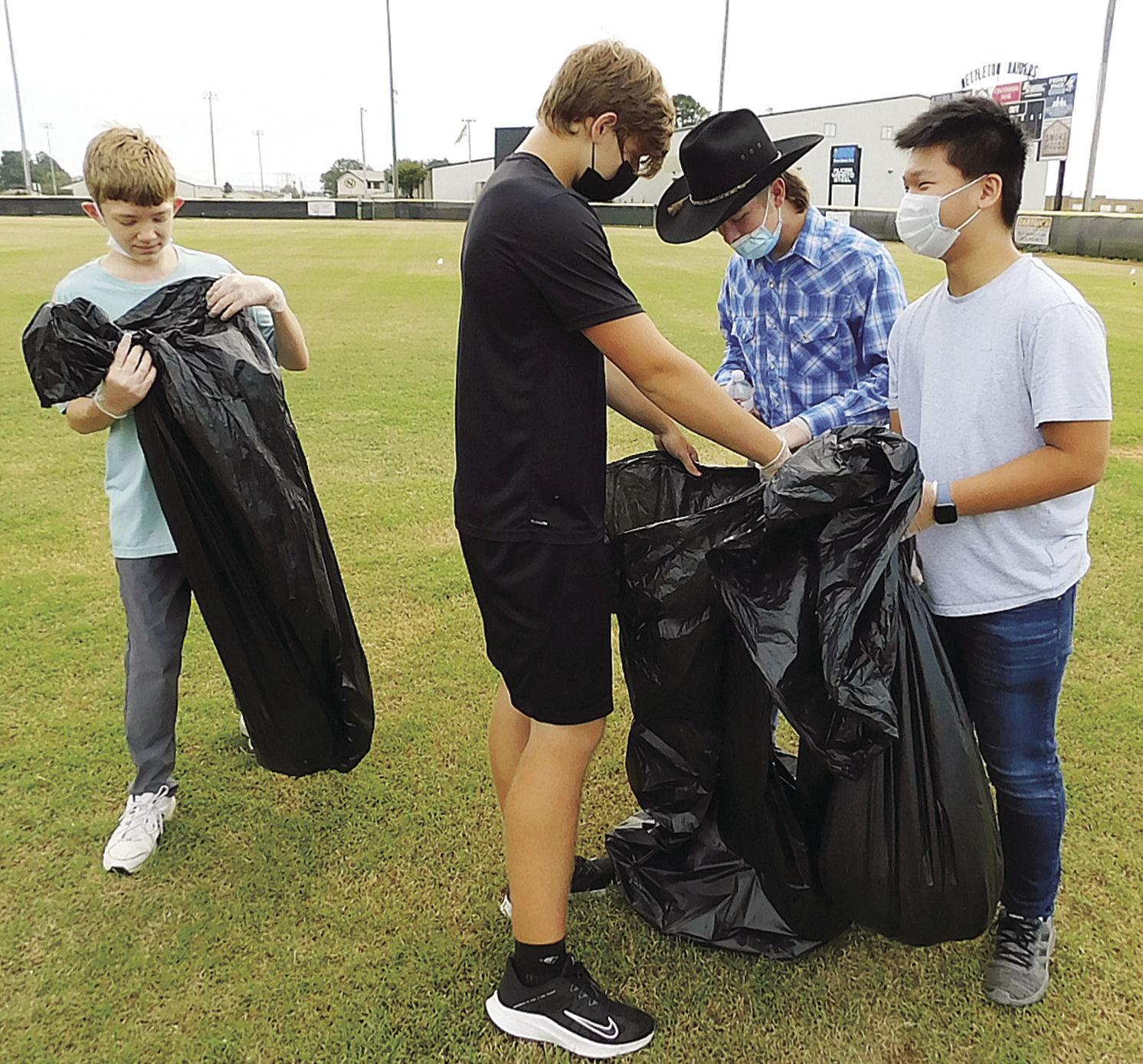 TRUMANN — For many charities, finding the money to carry out their mission is a constant challenge. It involves begging for donations of all types and applying for government or private grants.

The Trumann Food Pantry is among those struggling organizations.

Jane Baldwin, a founding board member of the charity, established in 2010, said the community is generous.

“From time to time we do have residents come by and bring us boxes of food or bring us a check,” Baldwin said. “Several area churches donate every month, which is just a big ole help.”

Walmart also donates food on a weekly basis, she said.

But a phone call she received a couple of months ago came as a surprise, Baldwin said.

“They said they like to help agencies in small towns that are doing good things. So they sent us a check for $15,000.” Baldwin said the donation came from an organization she’d never heard of – the Leslie A. Anderson Foundation of Florida. It’s the largest single gift the food pantry has ever received, she said.

Leslie A. Anderson owned the Houston Rockets of the National Basketball Association during their championship years in the 1990s.

While local contributors and about a dozen volunteers keep the food program going on a weekly basis, Baldwin said this grant will help with equipment needs.

“We’re going to use it to replace a couple of freezers that are on their last legs,” Baldwin said. A truck and trailer used to transport food from the Northeast Arkansas Food Bank and other sites, she said.

The Trumann Food Pantry, at 610 Walnut St., distributes monthly food boxes to residents of the Trumann ZIP Code of 72472 from 10 a.m. to 2 p.m. on Tuesdays and Fridays. Baldwin said an average of about 400 households pick up the meals each month.

Volunteers deliver food boxes on Mondays to about 50 homebound residents.

The NEA Food Bank recently gave the Trumann group a van to help with those deliveries.

Contributions to the Trumann Food Pantry may be mailed to Post Office Box 1105, Trumann.

JONESBORO — In the wake of a burglary in late July or early August at the Jonesboro Streets Department, the total number of security cameras at the Public Works compound has been increased, said Bill Campbell, director of communications for the City of Jonesboro.

He said the number of cameras is now nine, and they cover all areas inside the fenced-in compound.

According to reporting at the time, about $96,000 in vehicles and equipment were stolen when thieves cut through the fence on Lacy Drive.

A 2006 F250 pickup was recovered Aug. 2 in Tyronza, according to Sally Smith, public information specialist with the Jonesboro Police Department.

“This case is pending upon further information that can be provided for the recovery of additional property and/or suspect information,” Smith said via email. “No suspects have been identified.”

A Jonesboro police report listed the thefts of the catalytic converters as greater than $5,000 but less than $25,000.

The June burglary forced JET to scale back services until the stolen catalytic converters could be replaced, Steve Tippitt, street department director, told The Sun then.

The fence was cut at an area that wasn’t in view of security cameras. Campbell said the additional cameras fixed that problem.

JONESBORO — A Jonesboro man was being held on a $500,000 bond Wednesday after District Judge Tommy Fowler found probable cause to charge him with a litany of drug and firearm charges.

He was arrested early Wednesday morning.

In a probable cause affidavit, agents with the 2nd Judicial Drug Task Force received information that Williams, who is on parole, was in possession of a large amount of meth.

Agents drove around near Williams’ residence looking for him. They arrived back at the residence and saw Williams’ girlfriend leave the residence with a pink bag in her hand, and she placed it into a gray sport utility vehicle, the affidavit states.

An agent talked with the girlfriend and asked where Williams was, and she said he had just left the residence. A K-9 unit arrived and alerted on the SUV, the affidavit stated.

When the pink bag was searched, agents found 1.71 pounds of meth, 10 ounces of marijuana, 108 ecstasy pills, 42.5 oxycodone pills and a loaded Ruger .380 that had been reported stolen in August, police said.

When Williams arrived back at the residence, he told police the pink bag was his and said the gun was left by a friend who never came back for it, the affidavit stated.

Washington was wanted in Lawrence County, and Jonesboro police officers saw him pull up in a cab at a hotel on Kazi Street. A back pack in his possession contained a digital scale with residue on it, 7.9 grams of meth, 0.4 grams of cocaine and a .22-caliber handgun.