JONESBORO — The federal government recently deposited about $7.8 million into the City of Jonesboro’s bank account, and residents have a lot of ideas on how to spend it, Brian Richardson, Mayor Harold Copenhaver’s chief administrative officer, said Wednesday.

The money comes from the American Rescue Plan Act, which is giving an unprecedented financial infusion to every local government in the nation.

Some residents see it as an opportunity to follow through on promises made years and decades ago.

But Richardson said it’s too early to commit to anything just yet.

“The last thing we want to do is commit to and invest money into a project only to find out that we jumped the gun when it comes to guidelines,” Richardson said. “You can’t guarantee that the guidelines won’t change. And you don’t want to look back and find there’s something that you would have to pay back.

City council member Charles Coleman said he’s been approached by several people who believe the city should invest some of the money on providing sewer service to the remaining Jonesboro neighborhoods that don’t have it.

“I’ve had at least five or six people who have contacted me,” Coleman said, adding that some are angry, because they believed they had been promised service as far back as 1988 when voters approved an annexation proposal that doubled the city’s land mass. Coleman said he found that sewer service wasn’t guaranteed as part of the election.

Sewer service was guaranteed to a group of residents 10 years ago. But that guarantee was made by the private Craighead County Fair Association. At the time, the fair board was seeking annexation of land currently owned by Nettleton Baptist Church, 7001 E. Johnson Ave.

Rick Thomas said the written agreement, titled “Promises made to Adjoining Residents by Craighead County Fair Board,” so that his neighborhood off of Clinton School Road would drop opposition to the fairgrounds.

Under the agreement, the residents would pay the first $100,000 of the cost to extend sewer lines to their homes, and the fair board would pay the remainder. At the time, the total cost was estimated at more than $200,000.

The fair board declared bankruptcy in 2014 and the church purchased the fairgrounds from the bankruptcy trustee. The Northeast Arkansas District Fair has continued to operate each year at the same location. The only exception was 2020, due to the coronavirus pandemic.

Under the American Rescue Plan Act, the U.S. Treasury Department explicitly says water, sewer and broadband infrastructure improvements are permitted. But it’s not that simple here, because the city doesn’t own the water utility. City Water and Light was established in 1906 as a citywide improvement district.

Thomas said he knows his neighborhood isn’t the only one without sewer service, noting that the Pratt Circle area of north Jonesboro has been awaiting hookup since the mass annexation.

Slade Mitchell, a spokesman for City Water and Light, said extending service to those who don’t have it will be extremely expensive.

“There are roughly 3,500 current customers within the city limits who do not have sewer service,” according to Mitchell. “Determining the overall cost of sewer connection for these customers would require a detailed analysis.”

However, Mitchell said the total cost could be as high as $45 million.

“If CWL were to bear this cost, sewer rates for all of our customers would have to be increased by roughly 30-40 percent,” Mitchell said in an email. “In addition to the infrastructure cost, the service line from the sewer main to the house would have to be installed, paid for, owned and maintained by each customer wishing to connect to the system.”

While CWL has accumulated a surplus in funds over the last few years from the sale of electricity on the wholesale market, CWL anticipates having to spend more than $250 million over the next 10 years to purchase new power sources and to comply with federal environmental regulations for the existing water and wastewater infrastructure, Mitchell said. 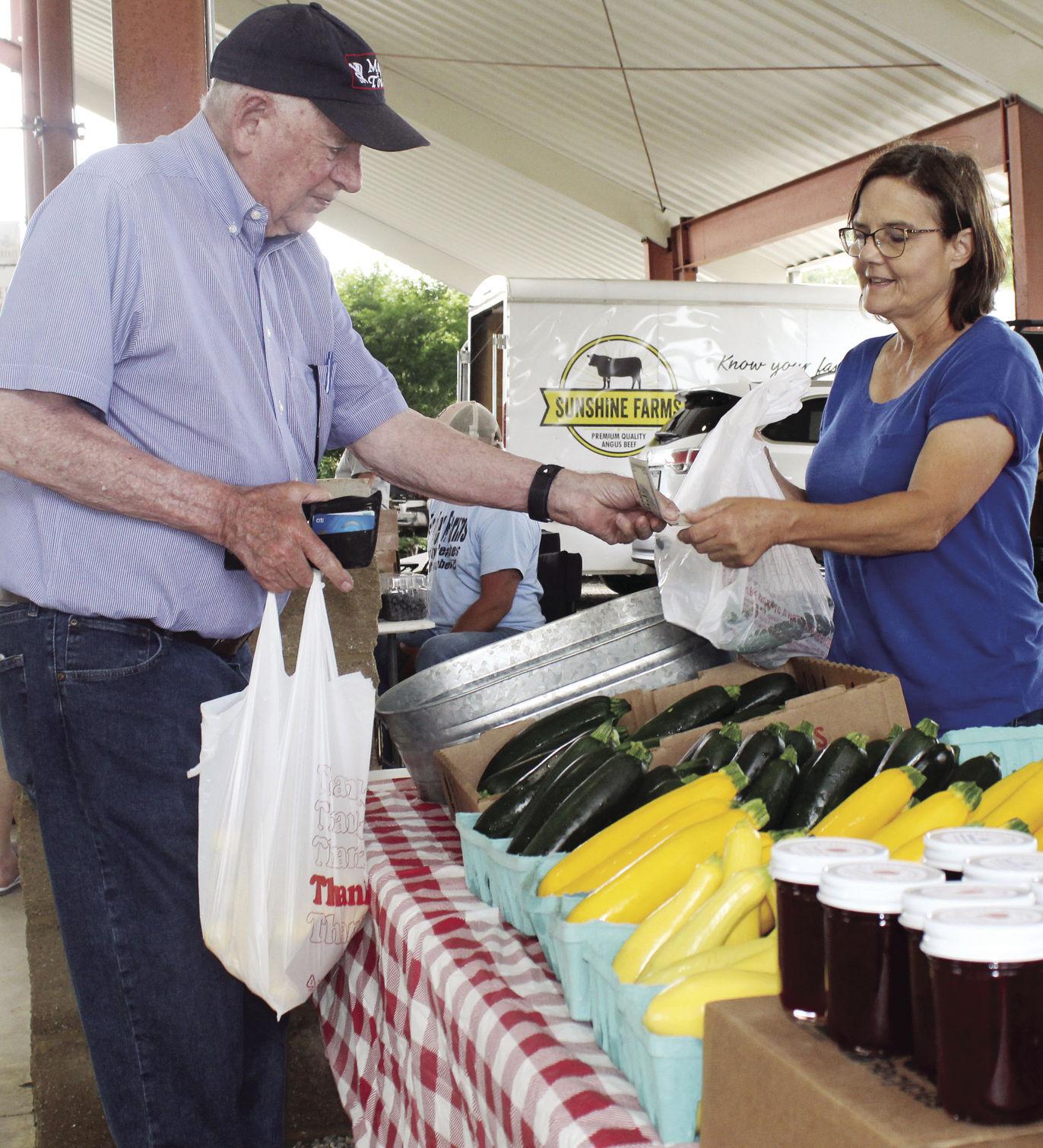 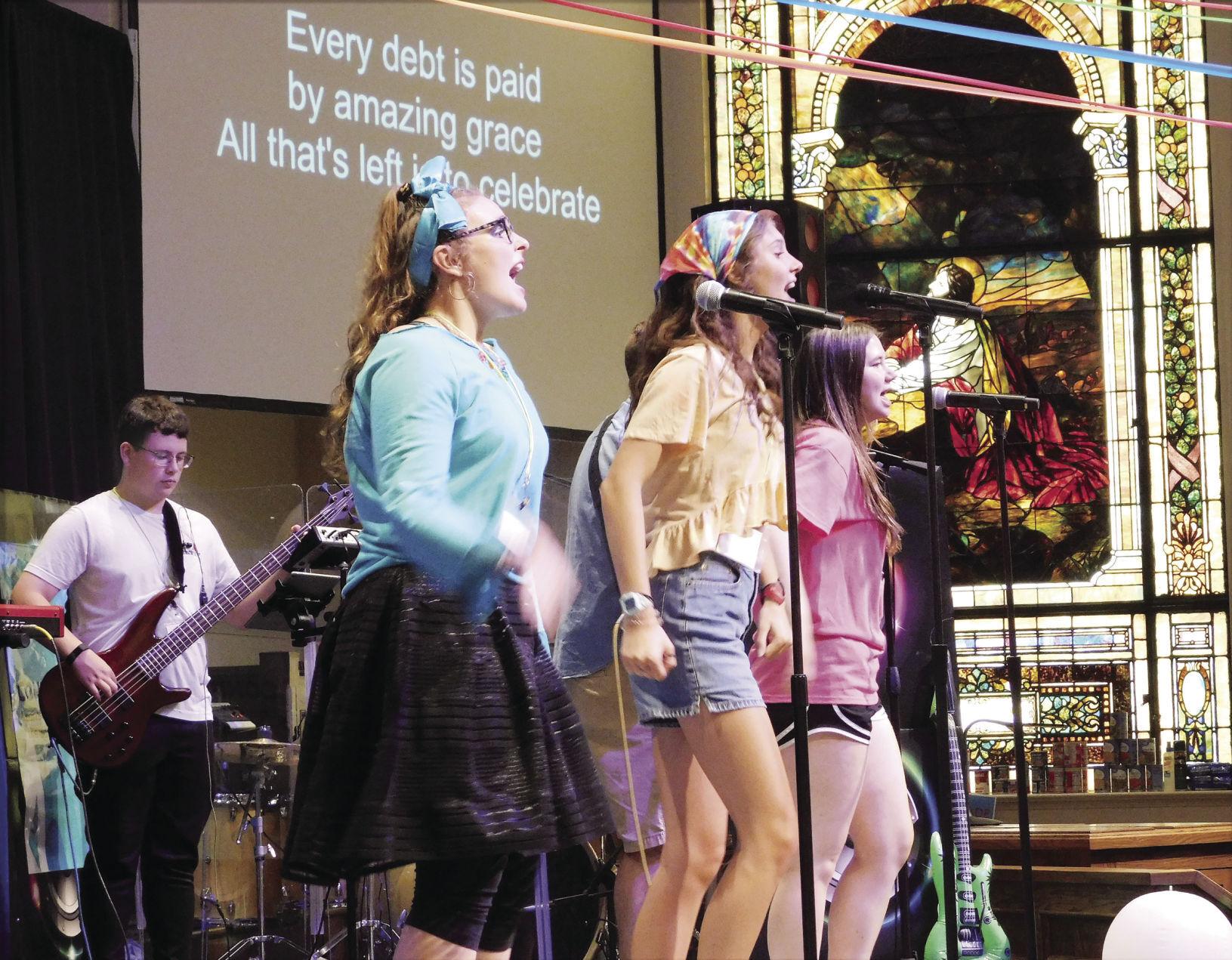 The First Baptist Church Youth Praise and Worship team entertained the church’s Vacation Bible School attendees Wednesday afternoon at the church. Member Belinda Ferguson said there were 90 attendees this year. “Last year we had to do virtual VBS online,” she said.

LUBBOCK, Texas (AP) — Wine grape growers in Texas and surrounding states filed a lawsuit last week against drug-maker Bayer-Monsanto and chemical giant BASF for the damage their cotton herbicide has caused to vineyards.

Attorneys for the grape growers say cotton seed systems created by Bayer-Monsanto and BASF that use the highly volatile herbicide called dicamba to kill weeds is drifting to nearby vineyards and crippling the nonresistant grapes.

The lawsuit, filed in Jefferson County on Friday, claims that some family-owned vineyards have reported losses of more than 90 percent since Bayer-Monsanto and BASF began selling their dicamba-based genetically modified seed system to cotton growers.

More than 85 percent of all the wine grapes grown in Texas are grown within one hour of Lubbock, and the grapes are produced, sold or used by the state’s $13.1 billion wine industry, according to the Lubbock Avalanche-Journal.

“The vineyards have seen their production fall dramatically, and what grapes do grow are often rejected for poor quality,” the lawsuit says.

According to the suit, the existence of many High Plains vineyards is under threat because of the dicamba herbicide being sprayed on more than two-thirds of the 3 million acres of cotton in the Texas High Plains.

Dicamba has been the subject of many lawsuits, mostly by farmers, who claim their crops are not dicamba-resistant and the herbicide’s use is damaging and killing their crops. In February 2020, Bayer and BASF were ordered to pay $265 million to a Missouri peach farmer who said the herbicide drifted from nearby cotton fields and damaged thousands of his trees.

In a statement response to the most recent lawsuit, Bayer said it has great sympathy for growers suffering crop losses but that there could be many reasons for the losses and that it would therefore continue to defend the use of dicamba.

JONESBORO — A Jonesboro woman and a Memphis man were arrested Tuesday night in connection with a shooting that left one person injured.

The shooting occurred at about 10:26 p.m. in the 1000 block of Vine Street, according to Jonesboro police.

The victim, Demarco Mitchell, 27, of Memphis, was shot in the left arm. He was treated at a local hospital before being transported to a Memphis hospital. His condition was unknown at press deadline.

The suspects will go before a district court judge on Friday for a probable cause hearing.

Jonesboro police are continuing the investigation.

A resident of the neighborhood, Ryan Phillips, said he went outside soon after the shooting and found blood in the road and on a fence between his and his neighbor’s yard. He said police officers found a handgun in the road.

Phillips said when he heard the gunshots he thought it was firecrackers, but his children told him it was gunshot.

He said he’s lived in the neighborhood since 2006 and said it’s gotten worse the last few years.

“As far as random acts of violence, lately, for two or three years, it’s getting more and more violent,” he said. “They (the police) have slowed down patrols at the wrong time.”

Phillips said homeowners have moved out and rented their houses, causing problems in the neighborhood.

JONESBORO — Jonesboro School Board members approved a new financial institution as caretaker of the district’s monetary assets during Tuesday night’s school board meeting.

“Every three years we seek banking proposals,” she said, noting this was the year to do that.

In other business, Facilities Director Monroe Pointer updated the board on construction projects throughout the district.

The kitchen remodel at the Jonesboro High School is moving along quickly, Pointer said.

“Starting the first week of July we are planning to do our first inspection,” he said. “We will be installing epoxy floors in two weeks, and after that we will be waiting on the equipment to be installed.”

Pointer said students can look forward to a new pizza line and a new taco line.

Pointer said a new two-story building will be constructed in a clear space between existing structures.

“Several of those buildings were built in 1963,” he said, noting two structures will be razed once the new school is built.

Another perk, when the project is completed, will be the reduction in traffic on Willett Street, he said.

“Car lines will run in front of the school itself. Currently, overflow traffic spills onto Willett Street,” Pointer said, noting there will be additional parking spaces as well. Final construction is estimated to be completed in the fall semester of 2023.

JFAST is an teacher organization that negotiates better conditions and employment terms for educators.

Dana Decker, this year’s incoming JFAST president, said the organization is particularly pleased with the increase in salaries for nurses throughout the district.

“Everyone wanted the head nurse to get a raise even if it didn’t benefit them. I am tickled it will benefit them all,” Decker said.

JFAST’s initial request was for the head nurse of the district to receive a salary schedule the same as a certified teacher.

The district increased salaries across the board, which will cost an estimated $50,000.

“With the pandemic we are just grateful to get anything,” Decker said.