Born Jan. 15, 1951, to Martha Jane Glasgow and Doyle Van Holifield, he was preceded in death by his parents, and his sister, Shirley Morton.

Danny graduated from Rector High School as president of the class of 1969.

He attended Arkansas State University and graduated with a bachelor’s degree in wildlife management and a master’s degree in biology.

He began his career teaching biology, physics and human anatomy and physiology at Harrisburg High School for five years.

Following his teaching career, Danny moved with his wife and 18-month-old daughter to Rector and began his farming career on his family’s farm.

He raised cotton, corn, rice, milo and soybeans for 36 years and was the Clay County Farm Family in 1996.

An avid outdoorsman all his life, Danny started hunting on his own at the age of 8, having been mentored by his uncles, Doyne Glasgow, Lynn French and Bob and Alma Green.

He was a devoted conservationist and fisherman and hunter. He taught hunter education and safety classes as well.

Always a leader in the community, he served on the Woodland Heights Cemetery Commission, Bank of Rector board of directors, Rector Airport Commission and board of the Rector Helping Hands Foundation.

He was an active member of the First United Methodist Church of Rector, served on many committees and sang bass in the choir.

Services will be today, Nov. 23, with visitation from 9 to 11 a.m. and funeral at 11 a.m. at the Rector First United Methodist Church with the Rev. Jacob Lynn officiating.

For those unable to attend, the services will be streamed on the Rector First United Methodist Facebook page.

Arrangements are managed by Irby-Mitchell Funeral home of Rector.

Barbara worked for 17 years for Walmart in the cash office and as a greeter.

She always enjoyed sewing and making quilts. She was a political activist and always loved emailing and notifying government officials of what she thought, so much she even was banned from some.

Barbara would always put her family first and spend as much time as she could with them.

All services will be private.

In lieu of flowers, the family has asked to that you please consider donations to a local food bank of your choice or any children’s charity.

He was born to the late Paul Edward and Rosale Carter Onstead on Jan. 9, 1941, in Jonesboro.

Charles was a member of Valley View Church of Christ.

A visitation will be from 1 to 2 p.m. today, Nov. 23, at Emerson Funeral Home. A funeral service will follow at 2 p.m. with Brother Spencer Furby officiating.

For lasting memorials, the family asks you to please consider donations to Children’s Homes Inc. in Paragould. 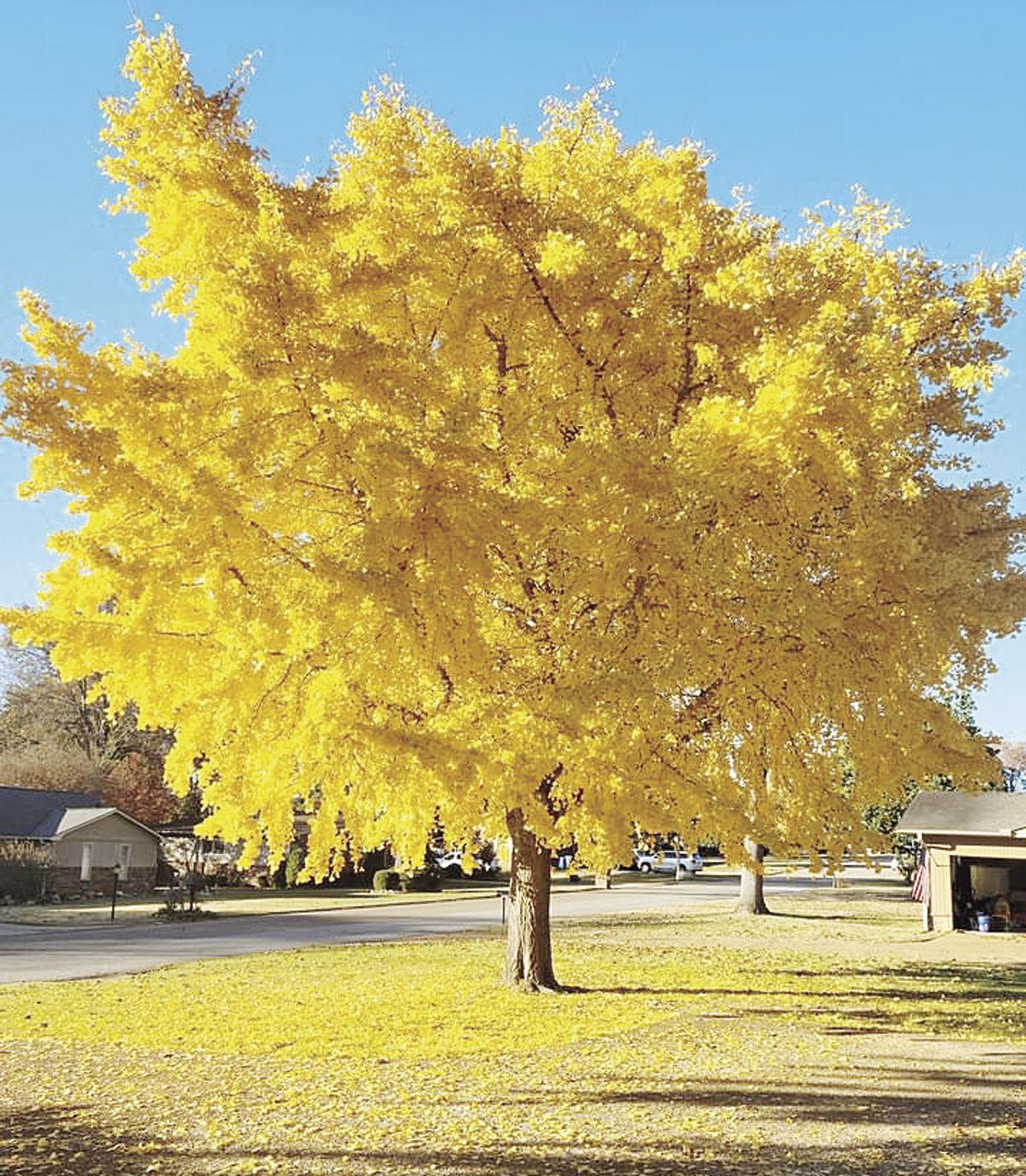 Sunlight illuminates a ginkgo tree in the yard of Mr. & Mrs. Lynn Hon of 2808 Martinbrook St. The tree bloomed about two weeks later than normal and is the talk of the neighborhood. Jonesboro is filled with colorful trees this autumn.

ASH FLAT — The Sharp County Sheriff’s Office is investigating a suspected murder-suicide that occurred Saturday night in Cave City, according to a release from the sheriff’s office.

Deputies were dispatched at 9:25 p.m. to 118 Grange Road about a male and female fighting and gunshots being heard.

Their bodies were sent to the Arkansas State Crime Lab for autopsies to determine a cause and manner of death.

The sheriff’s office is investigating the deaths as a murder-suicide, the release said.