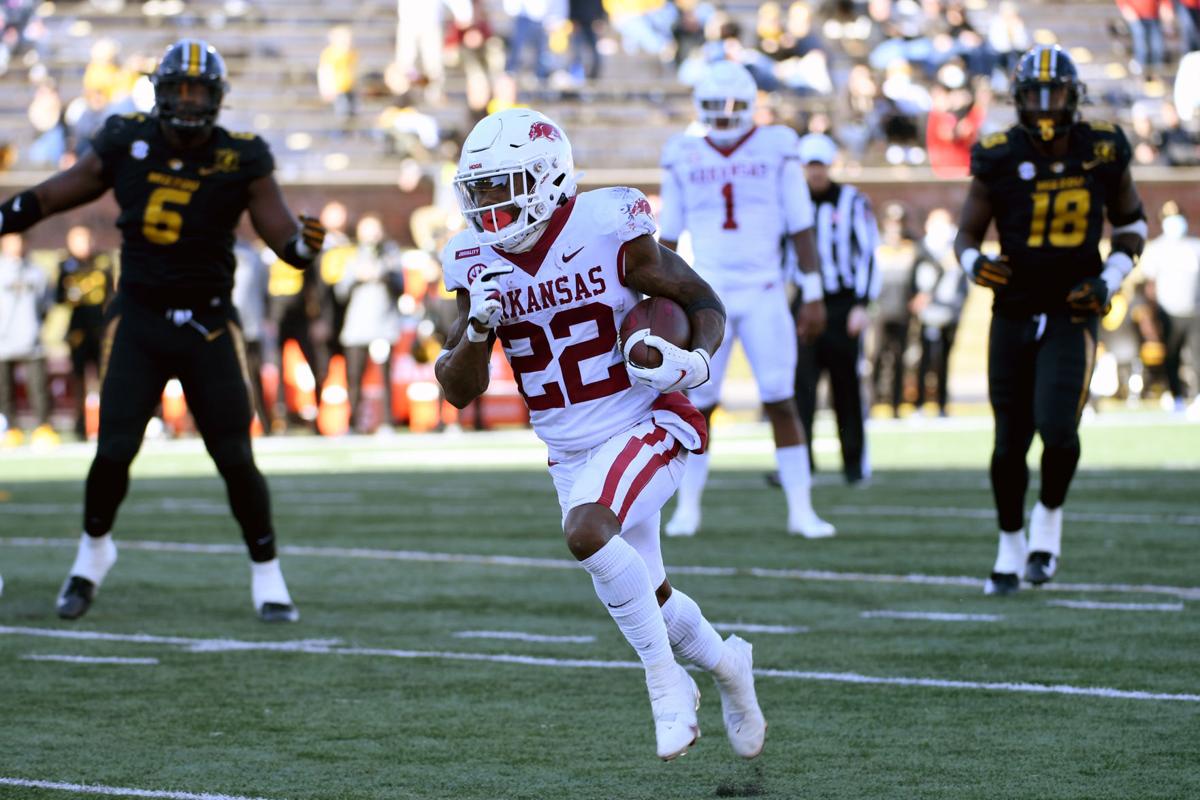 Arkansas running back Trelon Smith scores on a touchdown run during the second half of a Dec. 5, 2020 game against Missouri in Columbia, Mo. 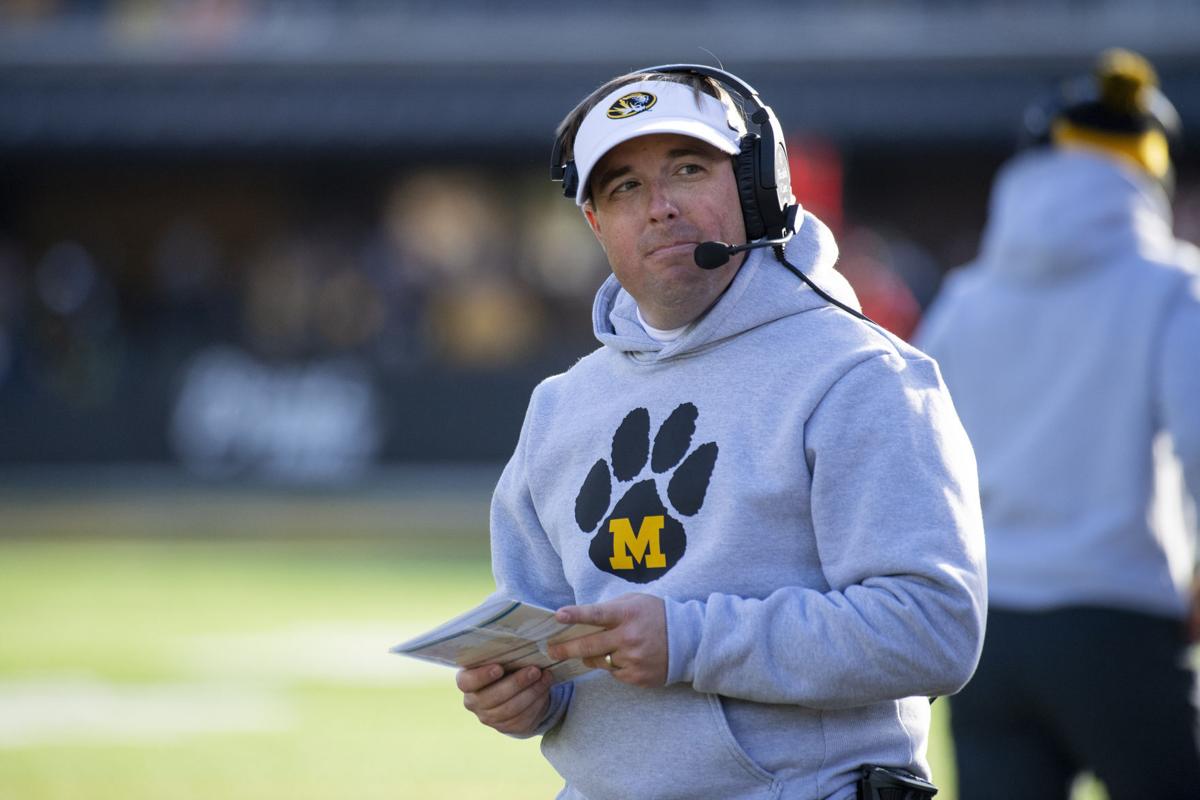 Arkansas running back Trelon Smith scores on a touchdown run during the second half of a Dec. 5, 2020 game against Missouri in Columbia, Mo.

FAYETTEVILLE — Just 45 miles of interstate highway separate Eli Drinkwitz from where he started and where he is now as Missouri’s head football coach.

Raised in the small Arkansas town of Alma, Drinkwitz will come full circle Friday when his Tigers visit No. 25 Arkansas in the final game of the regular season.

Drinkwitz, 38, can trace his rise from his days as a prep standout for the Alma Airedales and longtime coach Frank Vines, and through early coaching stops under Gus Malzahn at Springdale High School, Arkansas State and Auburn. He landed his first head coaching job at Appalachian State and used that as a springboard to Missouri and the Southeastern Conference.

Drinkwitz credited his former high school coach for planting the seed that led to a change in careers. He planned to attend law school before Vines told him he’d be a good football coach.

“He hired me for my first job,” Drinkwitz said. “Coach Vines instilled in us to do your job and trust your teammates to do their job. He taught us that winning and losing games do not define who you are. How you are as a father and a husband will be how you are defined.”

The Razorbacks (7-4, 3-4 SEC) boast a Missouri flavor. Arkansas defensive coordinator Barry Odom is the coach Drinkwitz replaced two years ago. There are several former Tigers coaches who are now part of the Arkansas staff, and two former players are playing prominent roles for the Razorbacks in Tre Williams and Markell Utsey.

On the other side, two former Fayetteville High School standouts are seniors for Missouri (6-5, 3-4) in wide receiver Barrett Banister and defensive lineman Akial Byers.

Missouri is coming off a 24-23 overtime win against Florida that led to the Gators firing coach Dan Mullen. The Tigers, who have won five straight games against the Razorbacks, boast the SEC’s top rusher in Tyler Badie. He leads the SEC with 1,385 yards rushing and has scored 17 touchdowns for the Tigers. He ran for 146 yards against Florida.

The Razorbacks are coming off a 42-35 loss to Alabama. Arkansas scored a late touchdown to pull within seven, but could not cover an onside kick at the end.

Arkansas quarterback KJ Jefferson got his first career start last season at Missouri and played exceptionally well, leading the team to a late score with under a minute left that gave the Razorbacks the lead. But the Tigers surged back to win 50-48 on a Harrison Mevis field goal as time expired.

Tigers tough against the runMissouri has held its last two opponents to under 100 yards rushing, and the Tigers have been opportunistic in capitalizing on turnovers. Against South Carolina, Missouri turned three Gamecocks turnovers into 21 points in a 31-28 win.

“They are moving more upfront over the last couple of weeks,” Pittman said. “They bring a lot of edge pressure depending on your formation. They’ve always played hard, to me it’s just about the movement.”

In the 42-35 loss, he caught eight passes for 179 yards and two touchdowns, helping him move up the school’s career charts. He has 59 catches for 975 yards and 10 touchdowns this season.

Burks took a hard shot at the end of the Alabama game on the attempted onside kick, but coach Sam Pittman said he expected Burks to be ready to go Friday.

Trophy collectionArkansas is 2-0 in trophy games this season, with wins in the Southwest Classic against Texas A&M, and bringing The Boot back to the state after knocking off LSU. This week’s game is dubbed the Battle Line Rivalry with another big trophy going to the winner. Missouri has owned the trophy the past five seasons.

Copyright 2021 The Associated Press. All rights reserved. This material may not be published, broadcast, rewritten or redistributed without permission.