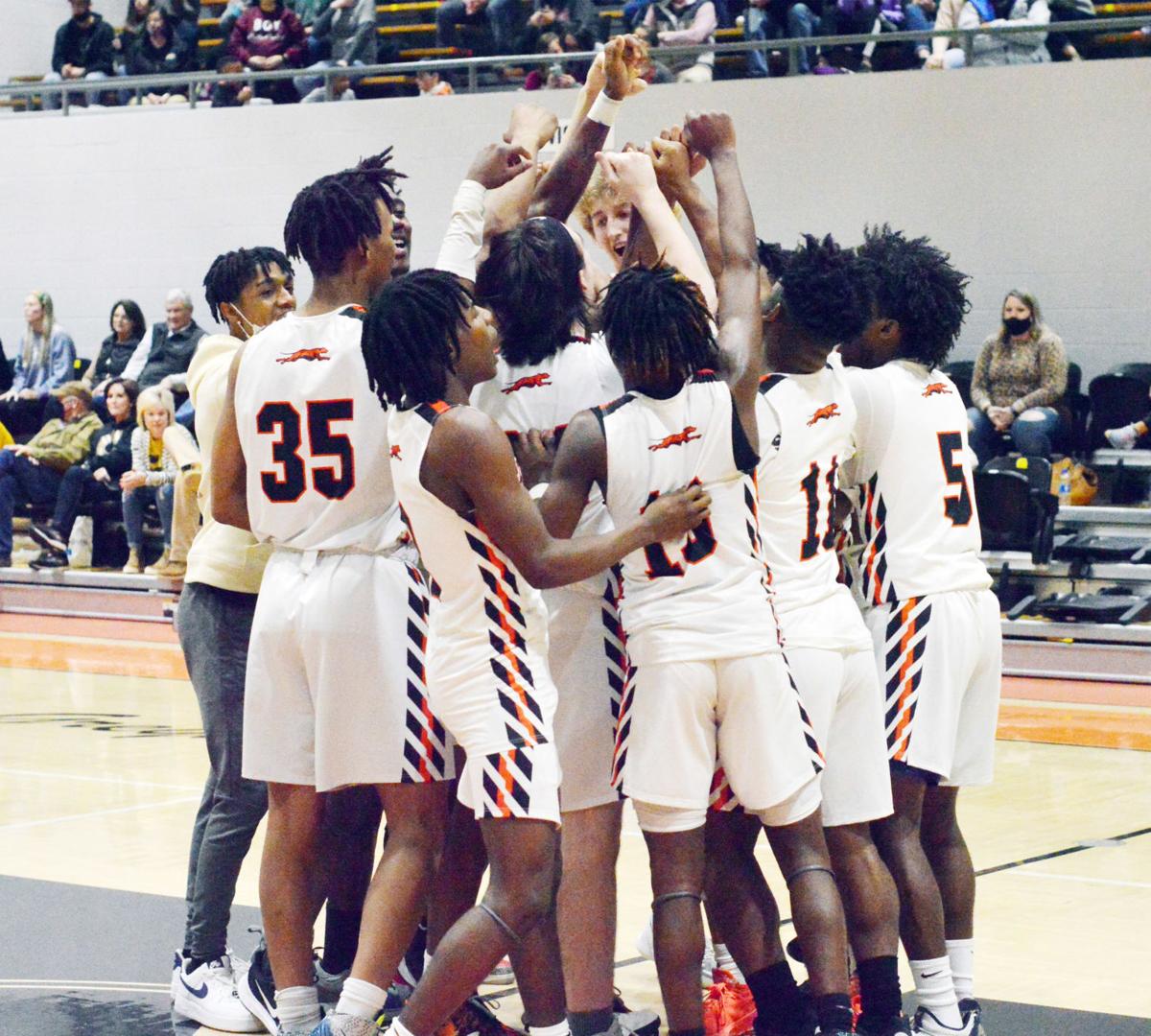 Greyhounds celebrate at half court after the championship win against Clinton. 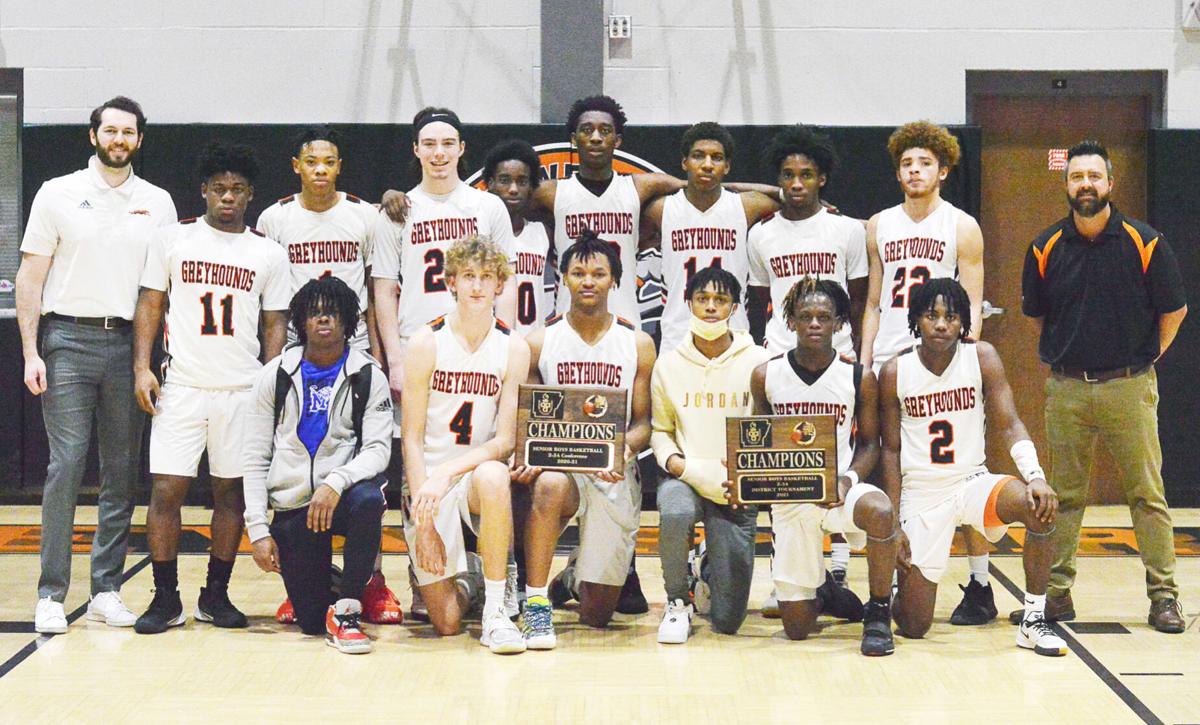 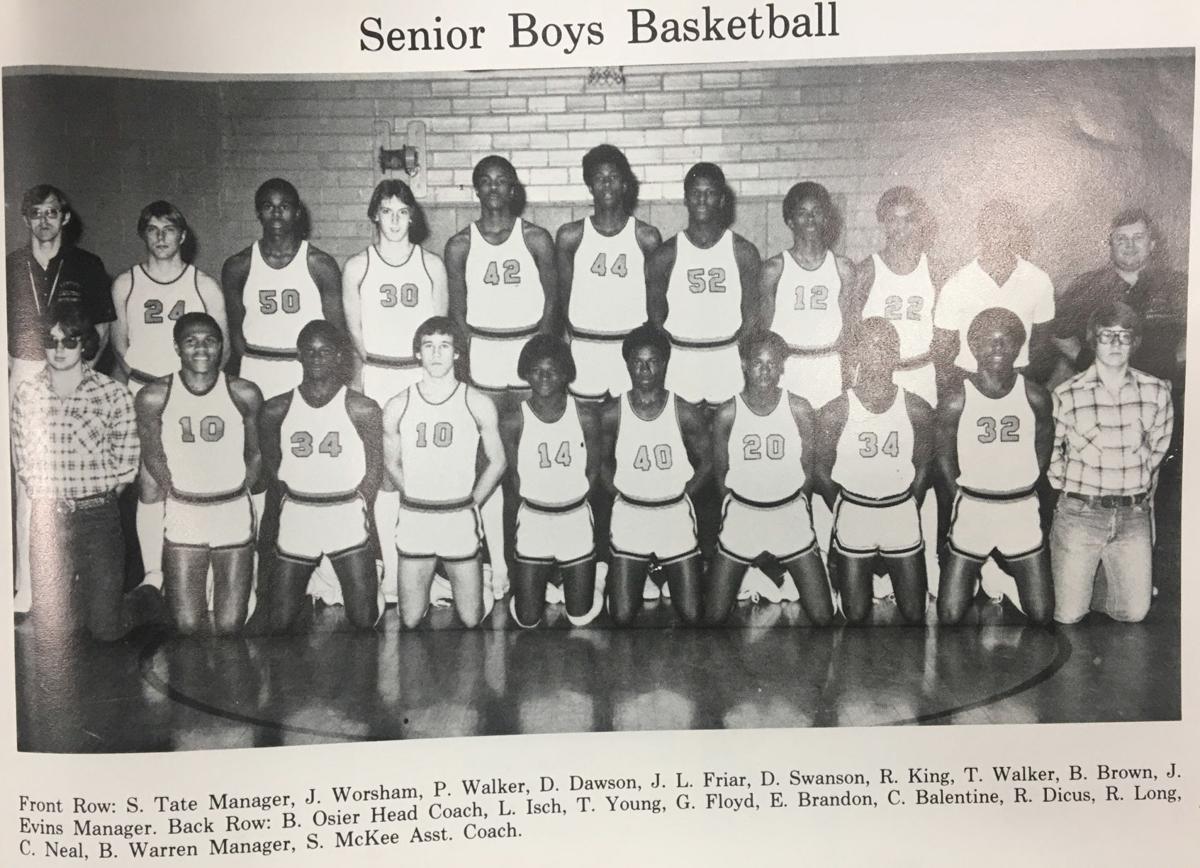 Greyhounds celebrate at half court after the championship win against Clinton.

The 2020-21 Newport Greyhound Basketball team made history this season with a win over Clinton to secure the 3A-Region 2 District Tournament Championship.

The Hounds had not won a district championship in four decades. The year was 1981.

Newport Greyhounds hosted Pangburn in the semi-finals on Friday, Feb. 26. The Hounds came ready to play after a week of no action due to the winter storm. The Hounds defeated the Tigers 70-68.

Newport led the Tigers 14-12 at the end of the first quarter and continued the lead adding another 21 points in the second. The score at halftime was Newport 35, Pangburn 30. Pangburn gained a little momentum in the third quarter, outscoring the Hounds 17 to 13. Newport took back the lead in the fourth.

Lead scorer was Chris Reynolds with 20 points, followed by Jairus Dean with 11 points, Jerry Woods with nine points, Isiah Kendall with eight points and Malachi Gates with seven points. The Hounds advanced to the finals on Saturday, Feb. 27, in Newport Fieldhouse.

Lead scorer was Jairus Dean with 22 points, followed by Chris Reynolds with 15 points and Isiah Kendall with 10 points.

As mentioned, Newport Boys Basketball had not won a championship since 1881. Newport was the tournament site that year with a new Greyhound Fieldhouse. The gym’s construction had been delayed and was unable to be used until late January.

Newport Greyhound Charles Balentine, and his teammates were the last Greyhounds to cut the net. That Greyhound team defeated Greene County Tech 44-34 in the finals of the tournament. According to the March 1, Newport Sunday Independent, Newport’s win came before a full capacity crowd. Unfortunately, COVID-19 restrictions prevented this year’s Greyhounds from matching that capacity, but with the emergence of social media and Cable 15TV’s ability to stream it, the number of viewers ranged in the thousands from all over the world. Past Greyhounds and fans were able to watch the game live or later.

The two teams differ in that this 2020-21 Newport Greyhound team started strong and remained strong throughout the regular season, suffering only two losses. The 1981 team improved throughout the season. It is noted in the Newport Independent prior to the tournament, “Osier takes little credit for the resurgence of his team. Instead, he points to a group of talented athletes that simply needed some time to work together and ‘smooth out some rough edges.’ Among the talented athletes on the team were Charles Balentine, Eric Brandon, and Theo Young.”

The Hounds played Wednesday, March 3 in the Regional Tournament against Rivercrest.