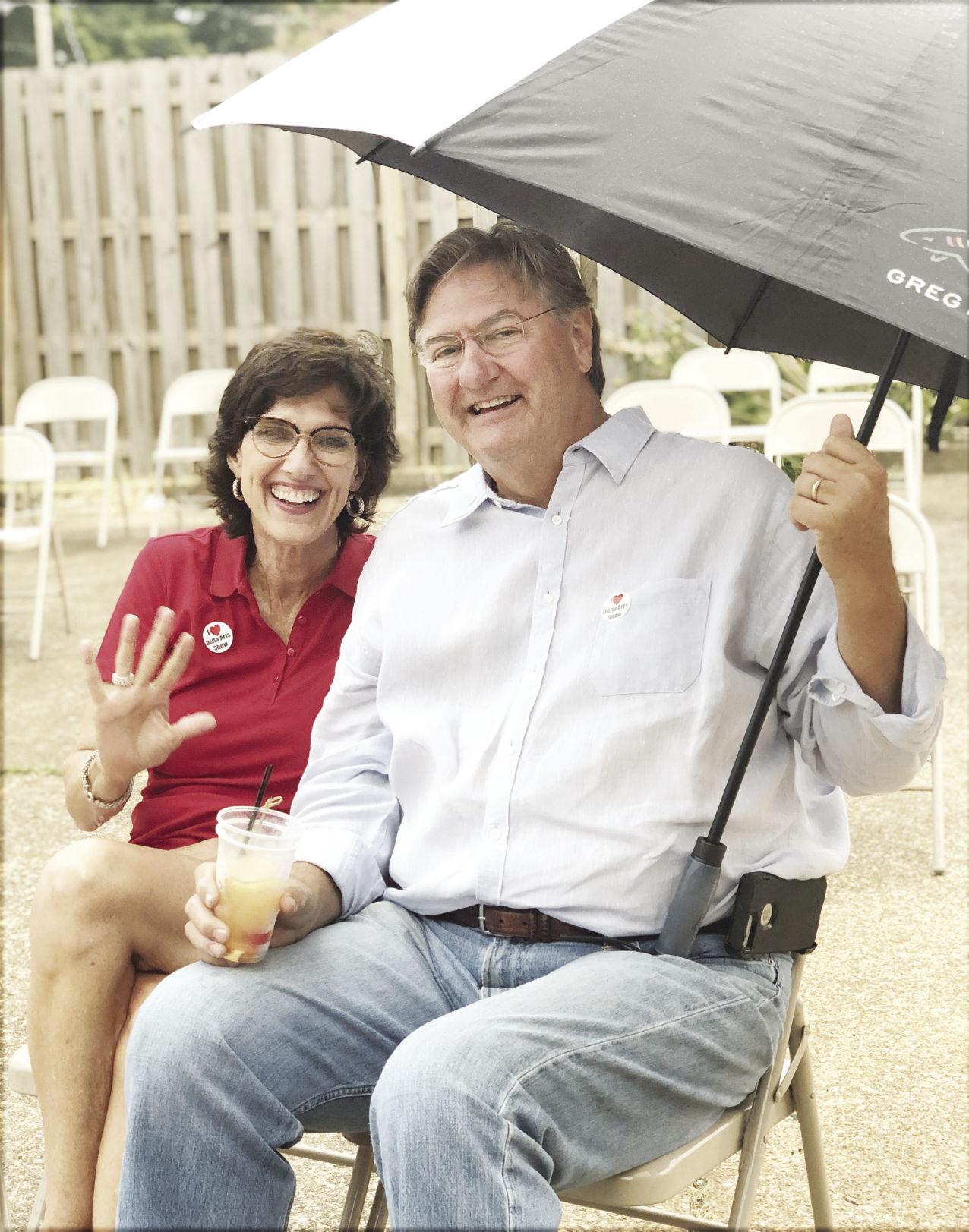 Even a light rain on Friday didn’t stop Mary and Steve Reid from having a great time at Postmaster Spirits for Artsy.

BATESVILLE — A fatal crash last month that took the life of a Jonesboro man has resulted in negligent homicide charges for Brandon Dean Alex Bishop of Charlotte.

The accident occurred on Coon Creek Lane in Independence County on June 21.

According to an affidavit connected to an arrest warrant released this week, three males were in the truck that Bishop was driving. Johnathan Easley was riding in the bed of the truck and was ejected from the vehicle and was found dead in the ditch.

Authorities stated that they could “detect a strong odor of intoxicants coming from each individual on scene.”

Several unopened beer cans as well as a cooler was found near Easley’s body.

According to the affidavit, Sergeant Brett Ward with the Independence County Sheriff’s Department obtained a search warrant by phone from Judge Chaney Taylor for a blood draw from Bishop.

On July 21, the results of that draw from the Arkansas State Crime Lab revealed that Bishop’s ethanol level was 0.140 percent with a legal limit of 0.08 percent.

Two days after the accident, one of the passengers was interviewed by Sheriff Shawn Stephens about the events that led up to the accident.

According to the affidavit, the three were heading to Bishop’s house, and that Easley “wanted to ride in the back.”

The affidavit also stated that Owens told Stephens that Bishop “had been driving good.”

Owens did also state that he had asked Bishop to slow down.

Owens also told Stephens that Bishop “hit a pothole and lost control of the vehicle.”

Bishop faces charges of driving while intoxicated, his second offense along with several other misdemeanor charges to go along with negligent homicide, a class B felony.

Monster Nights — Saturday, Aug. 8: Monster Beats Concert featuring The Salty Dogs Band, a quartet whose sound has expanded over a decade and a half, from uber-twang and purist classic country to equal parts 1954 Nashville, 1961 Bakersfield and 1972 Everywhere. From 7 to 8:30 p.m. on the Terry Scoggins Memorial Stage, 412 Front Street in downtown Newport. Free admission and kid friendly. Bring your lawn chair or blanket. Coolers welcome.

The regular monthly meeting of the Newport Economic Development Commission will be at 7 a.m. Aug. 11, at the Business Resource Center.

Farmers Market – The downtown Newport farmers market is open 7 to 11 a.m. every Saturday and Wednesday or until vendors sell out. Shop for fresh vegetables, baked goods, handmade soaps, masks and more. Be sure to sign up for the Saturday Morning Basket Giveaway. The newest vendor has metal art and can customize his metal items to fit your needs.