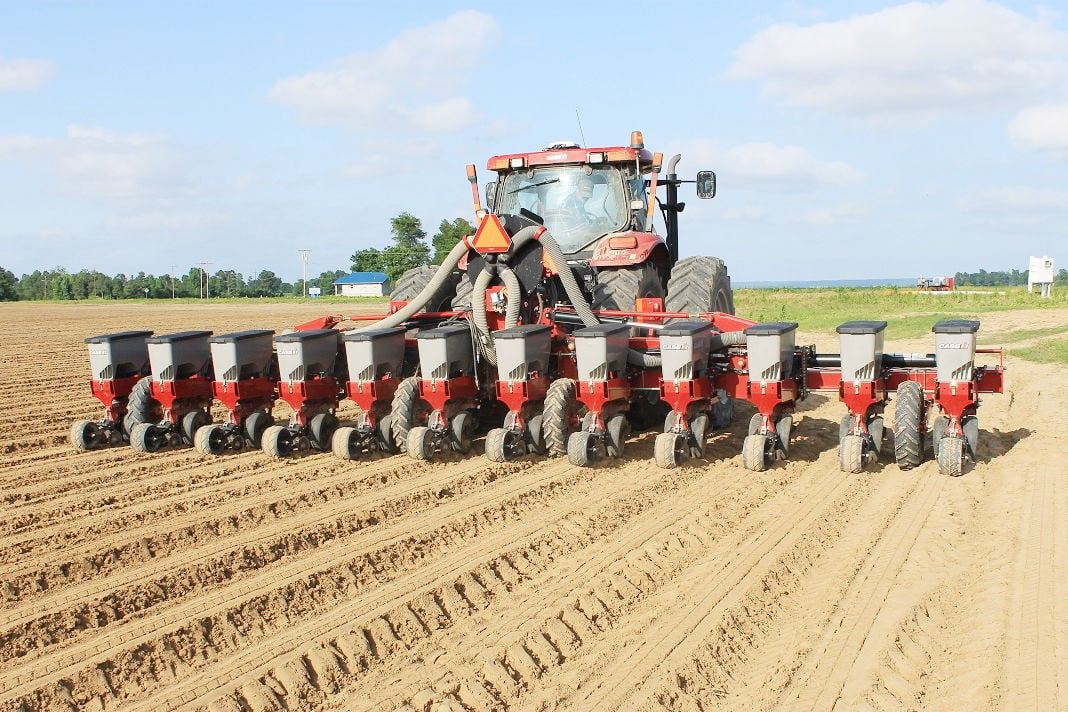 Corn planting in a field on the west side of Crowley’s Ridge. 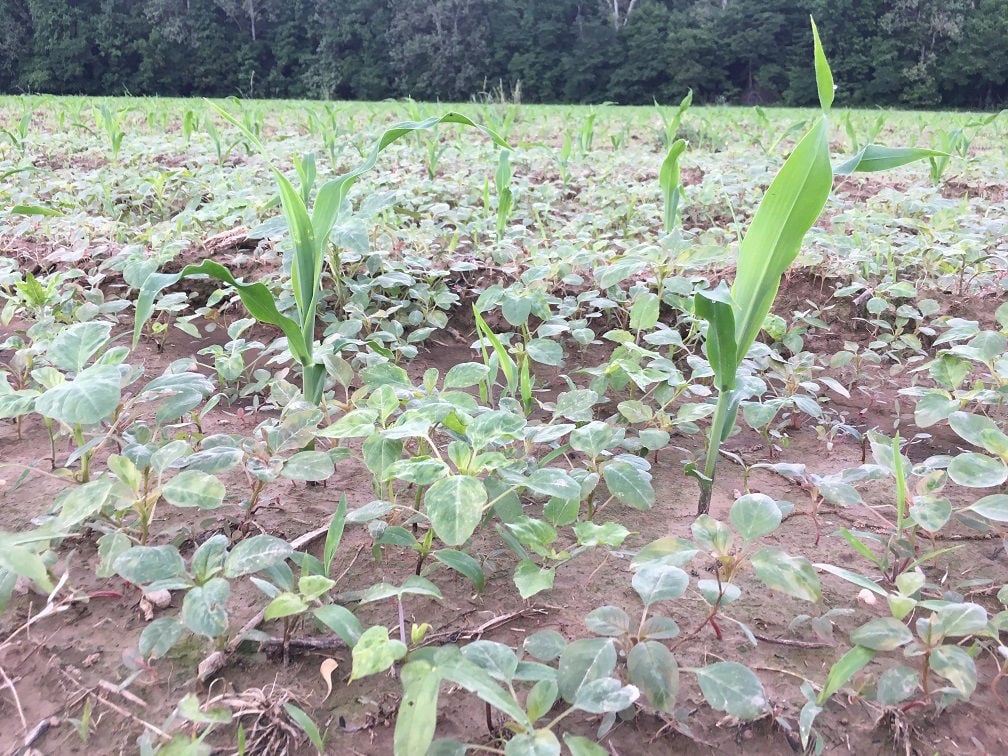 Without a good herbicide program, weeds like the pigweeds seen in this picture (short leafy plants), will aggressively compete with the corn crop (taller plants).

Corn planting in a field on the west side of Crowley’s Ridge.

Without a good herbicide program, weeds like the pigweeds seen in this picture (short leafy plants), will aggressively compete with the corn crop (taller plants).

“We are probably looking at 15,000 to 20,000 acres,” said Jackson County Extension Agency Staff Chair Matthew Davis recently. “Corn prices were way down, but now they’re starting to pick up and we are seeing more corn being planted now.”

He added that he expected that as corn prices remained strong, growers in the later part of the planting season would turn rice seed back in and plant corn.

“If we get favorable weather for rice,” Davis said, “we’ll plant a lot more rice. But if we don’t, then we might plant corn later than our recommended cutoff time.”

Davis said the planting window was a bit shorter this year than in past years, due to rain events and previous cold weather. “But I don’t foresee many issues right now,” he said.

Problems, Davis said, could be expected later on in the growing season due to major weather events to the south.

“When we have hurricanes,” he said, “[they will] usually push disease up from the Gulf and we’ll have issues later on in the growing season as they enter reproductive stage.”

Insect pressure is likewise an issue, requiring the use of insect traps to monitor the intensity of the threat and thus the need for insecticide applications. “Southwestern corn bores and corn ear worms are the two biggest threats I have,” Davis said.

Such damage can cause corn stalks to blow over in windy conditions, resulting in potentially substantial losses. “It makes it lay down to where it won’t be harvested,” Davis said, “or at least not harvested [easily].”

Davis said Southern rust is the biggest disease threat to corn crops. “Southern rust we pay close attention to,” he said, “and it commonly comes up during hurricane season.”

Southern rust causes high yield damage, by shutting down the corn plant by covering the surface of the leaf. “You’ve got to make a fungicide application to control it,” Davis said.

As the growing season advances, growers pay more and more attention to Southern rust as a threat, but also the last few years, the threat from the disease has been minimal. “And a lot of guys are putting out a preventive fungicide application now,” Davis said.

Efforts against nematodes increased in recent years. “We’re having some issues with Southern root-knot nematodes,” Davis said, “and we are putting nematocide on the corn as it’s being planted, to help slow down the damage.”

Davis acknowledged the pretreatment is not a cure-all, however.

“It doesn’t stop the damage form occurring,” he said, “but it allows that plant to get up and get some growth on it, and the roots established, before the nematodes start hitting it hard enough to cause any damage to the plant.”

Davis said the struggle against the nematodes has assumed greater proportions over the last four to five years. “We’ve steadily had more issues,” he said, “and that’s typically on our sandier soil types. We don’t have that issue in clay or ... heavier dirts.”