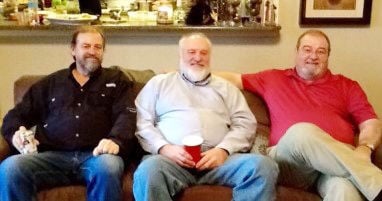 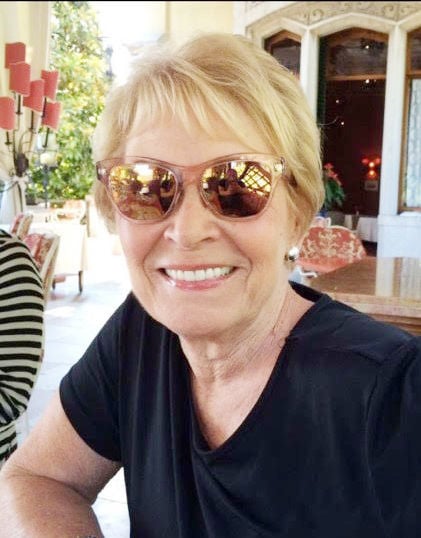 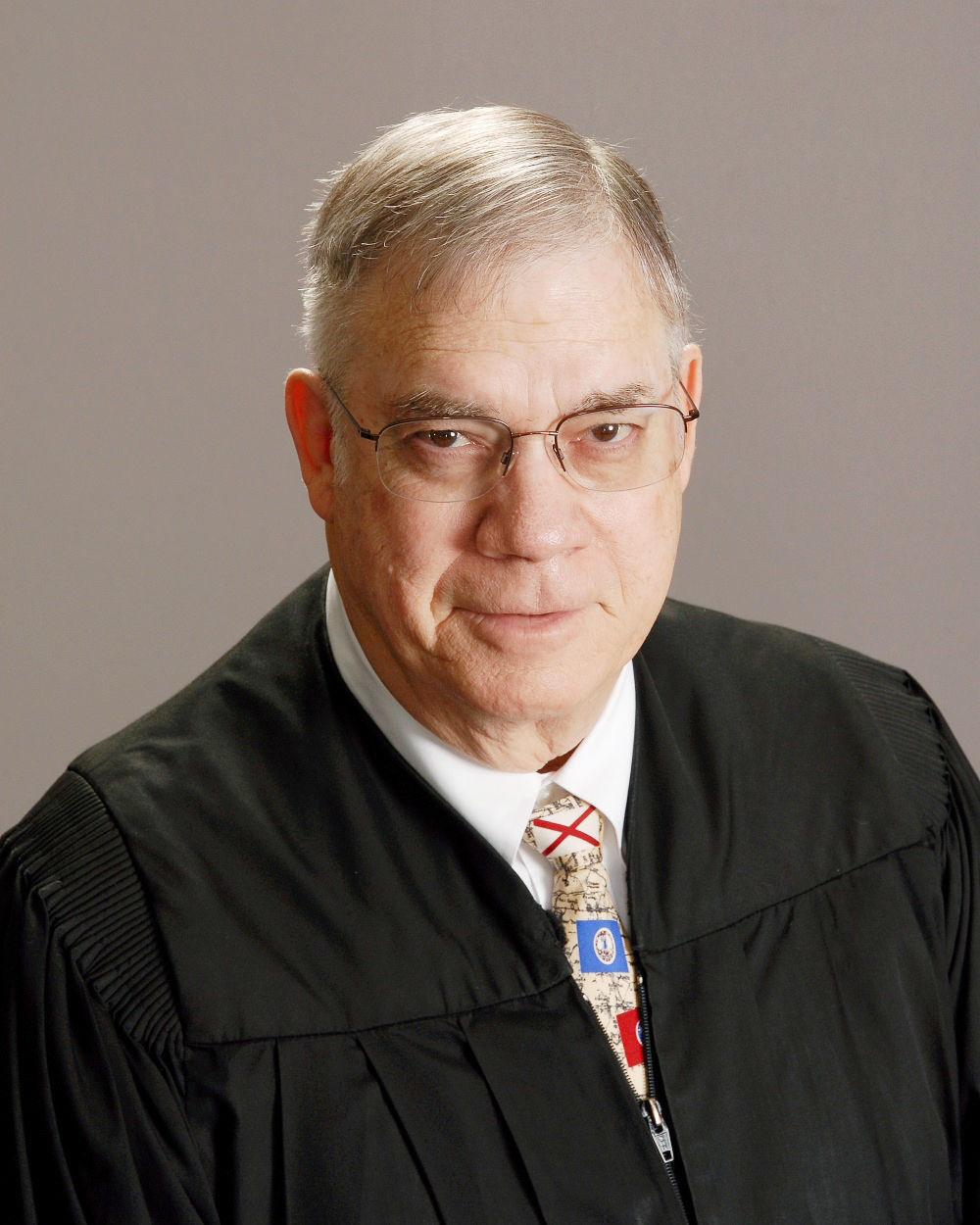 The 12th Annual Newport Alumni Hall of Fame Banquet will be held on Thursday, Aug. 19 beginning at 6 p.m. at the Newport Country Club.

The event is hosted by the Newport Special School District Charitable Foundation. The event will honor three outstanding graduates with induction into the Newport Alumni Hall of Fame. These include the late Jane Parnell, Judge Harold Erwin and the Brand brothers.

Jane Parnell, NHS Class of 1964, graduated from Arkansas State University in 1968 and began her teaching career in Bradford, Arkansas. She later transferred to the Newport School District where she taught Language Arts for over 30 years until her retirement in 2000. She loved her students and they loved her.

Since age 10, Jane lived her life in Newport where she participated in almost every community activity. She was involved in Chapter R PEO, Newcomers Club and served on the boards of the Newport Planning Commission, United Health/Harris Hospital Foundation Board, Jackson County Historical Society, Newport Special School District Charitable Foundation, Newport Country Club, and was on the selection committee for the Edith and Roy Evans Scholarship Fund and the Beverly Tapp Memorial Scholarship Fund. She served as President of the Newport Country Club Ladies Golf Association.

After retiring, Jane was a long-distance traveler and went on adventures throughout the United States, Europe and Paradise Island, Nassau. She played on golf courses all over the country and enjoyed playing tournaments with both men and women partners in Newport and around the state of Arkansas, winning several trophies. Her enormous capacity for love, laughter and compassion is remembered and cherished by those unprepared for the departure of her beautiful energetic spirit. Jane’s warm smile and quick wit were blessings to all who knew her.

Judge Harold Erwin is a member of the family who helped establish Jackson County and Newport in the 1800s. He graduated from Newport High School in 1963 and went on to graduate from the University of Arkansas at Fayetteville with a BSBA degree in Banking and Finance. He later graduated from the University of Arkansas School of Law in 1974 with a Jurist Doctorate degree.

Upon graduation, he set up his law practice in Newport and became the deputy prosecuting attorney and later was elected City Attorney as well, practicing law while holding those offices. In 1986, he ran for the Circuit Judge’s position in the Third Judicial District which covers Jackson, Lawrence, Randolph, and Sharp counties. While in office, he created one of the leading drug court programs in the state, striving to prevent incarcerating people with drug abuse problems. Judge Erwin was chosen as the “Outstanding Trial Judge” in Arkansas, sponsored by the Arkansas Trial Lawyers Association. He is a Paul Harris Fellow from Rotary International and a member of the First Baptist Church where he has served as a deacon and Sunday School teacher for 36 years. Judge Erwin also helped to bring Explorers Bible Study, an offshoot of the world-wide Bible Study Fellowship for smaller communities, to Newport. He coached many Bradford and Newport High School “Arkansas Mock Trial” teams in competition at the regional and state levels.

Sons of John and Etta Brand, the Brand brothers (Rodney, Rodger and Mike) were raised to be hard working, honest and competitive citizens. The eldest son, Rodney, is a 1965 graduate of NHS. He excelled in track and football during his junior and senior years and was named All-District and All-State linebacker his senior year. He graduated from the University of Arkansas in 1970 with a BSED degree. While at U of A, he was starting center for the Razorback football team all four years and was named All-American in 1969. He helped beat Georgia in the 1969 Sugar Bowl, played in the 1969 and 1970 Sugar Bowl and the 1970 Hula Bowl. He was drafted by the New York Giants and played in the Coaches All-American Game in 1970. He was named to the All-Decade Team for the 1960’s Razorbacks and is a member of the University of Arkansas Hall of Fame. After college, Rodney worked as a coach and teacher at Istrouma High School in Baton Rouge, Louisiana and was head coach at Sylvan Hills Junior High. From 1985 to 2000, he served as owner and president of Brands Universal Products Co. in Oklahoma City, Oklahoma.

Rodger Brand, a 1969 NHS graduate, was voted “Most Athletic” by his classmates his senior year. He was a three-year letterman as guard and tackle for the football team, earned All-Conference, All-Region, All-State football and was named to the Gazette Super Team. Rodger attended the University of Arkansas for four years where he majored in business. He played for the Razorback football team all four years, earning All-Southwest Conference Freshman Shoats Team. After college, Rodger returned to his hometown and participated in many athletic organizations and civic clubs. He coached t-ball and peewee football, umpired both Little League and Pony League baseball, and joined the Jaycee’s and Greyhound Booster Club. He was chosen as a Paul Harris Fellow by Newport Rotary Club where he served as president. Rodger captured the Newport Country Club Golf Championship four times and has served as club president twice and vice president eight times. He is an active member of First Baptist Church.

Upon returning to Newport, Rodger started B&D Insurance with classmate Terry Dillon. He then moved on to serve as manager of Independence Savings and Loan for four years followed by a 25-year career at C&C Distributors where he became vice president. He is currently owner of Brand Storage Building and owns B&B Investment Co. with his brother, Mike.

Youngest brother Mike, NHS Class of 1970, was a three-year letterman for Greyhound football as center and linebacker, earning All-Conference, All-Region and All-State plus an undefeated season in 1968. He was voted “Best All Around” by his senior classmates. Mike earned a football scholarship to the University of Arkansas and also worked four years toward a business degree. He played on the last “Shoat Team” in football at U of A. Mike chose to return home to Newport after college where he re-started the Newport Booster Club with John Pennington, sponsored Friday Night Football for many years, started the Jackson County Bass Club and was co-chairman of the local Ducks Unlimited organization. He was a member of Lions Club and served several years on the Newport Country Club tournament committee. He is a faithful member of First Methodist Church. Mike joined his father in the auto repair business, and upon his father’s retirement, he continued to run the successful company. He served as president of the Northwest Arkansas Body Repair Association, has been an advisor to the ASUN Auto Repair Program and has been voted “Best Auto Repair Shop” numerous times by the people of Jackson County. He currently owns B&B Investments with his brother, Rodger, and Brand 2 Investment Co. with his son, Michael. At age 93, Etta Brand still cheers on her “boys” to be great citizens.

The Hall of Fame was created to recognize and honor Newport alumni who have made exceptional contributions in their chosen field while exhibiting outstanding leadership, character and service to his/her community. Tickets for the event are on sale now at the Newport Area Chamber of Commerce, 201 Hazel Street in Newport, and are $25 per person. Checks can be made payable to the NSSD Charitable Foundation. For more info, call (870) 523-3618 or email newport foundation@yahoo.com.