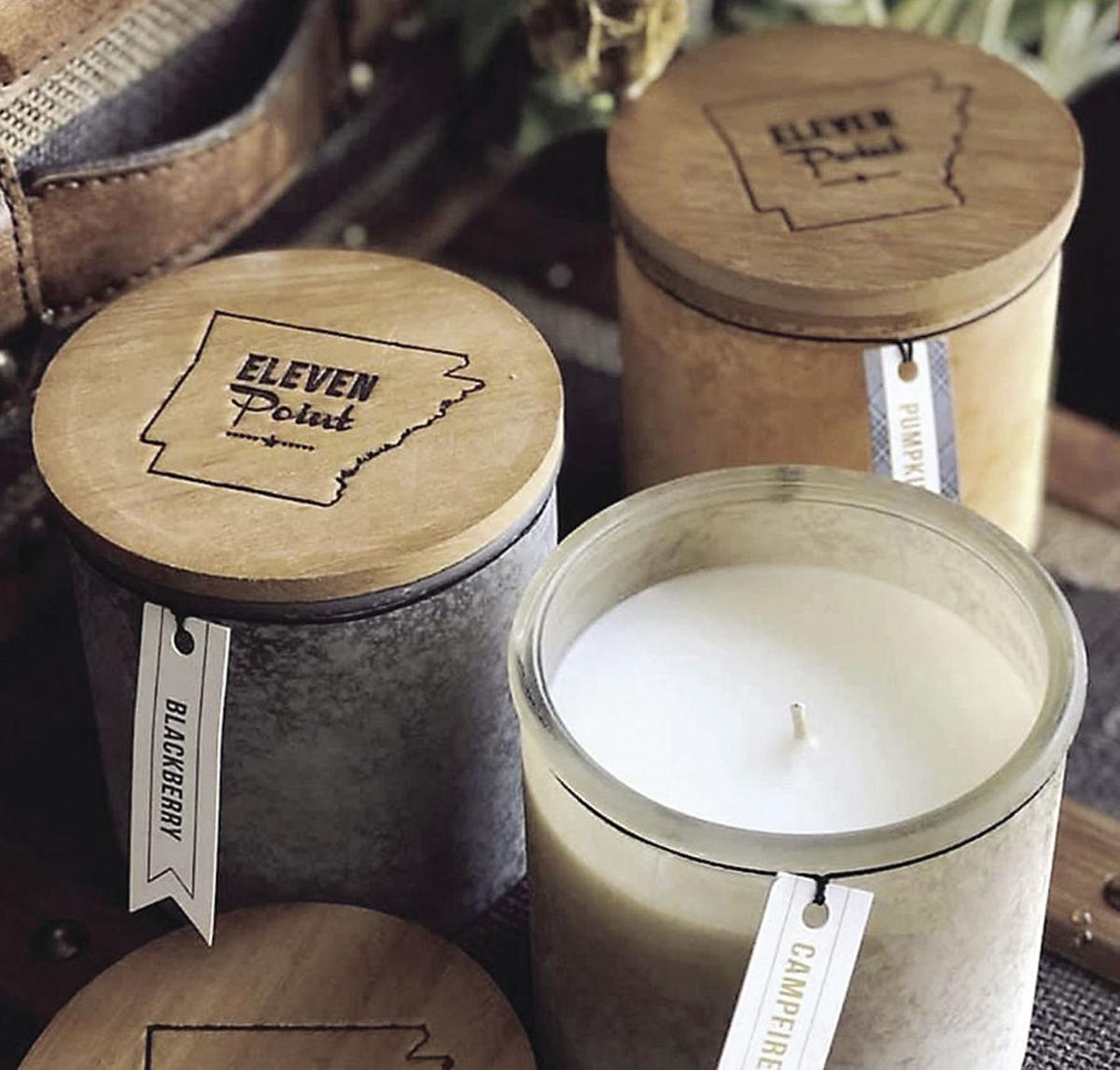 The Eleven Point logo promotes not only the fragrances created by the company, but also the state of Arkansas. 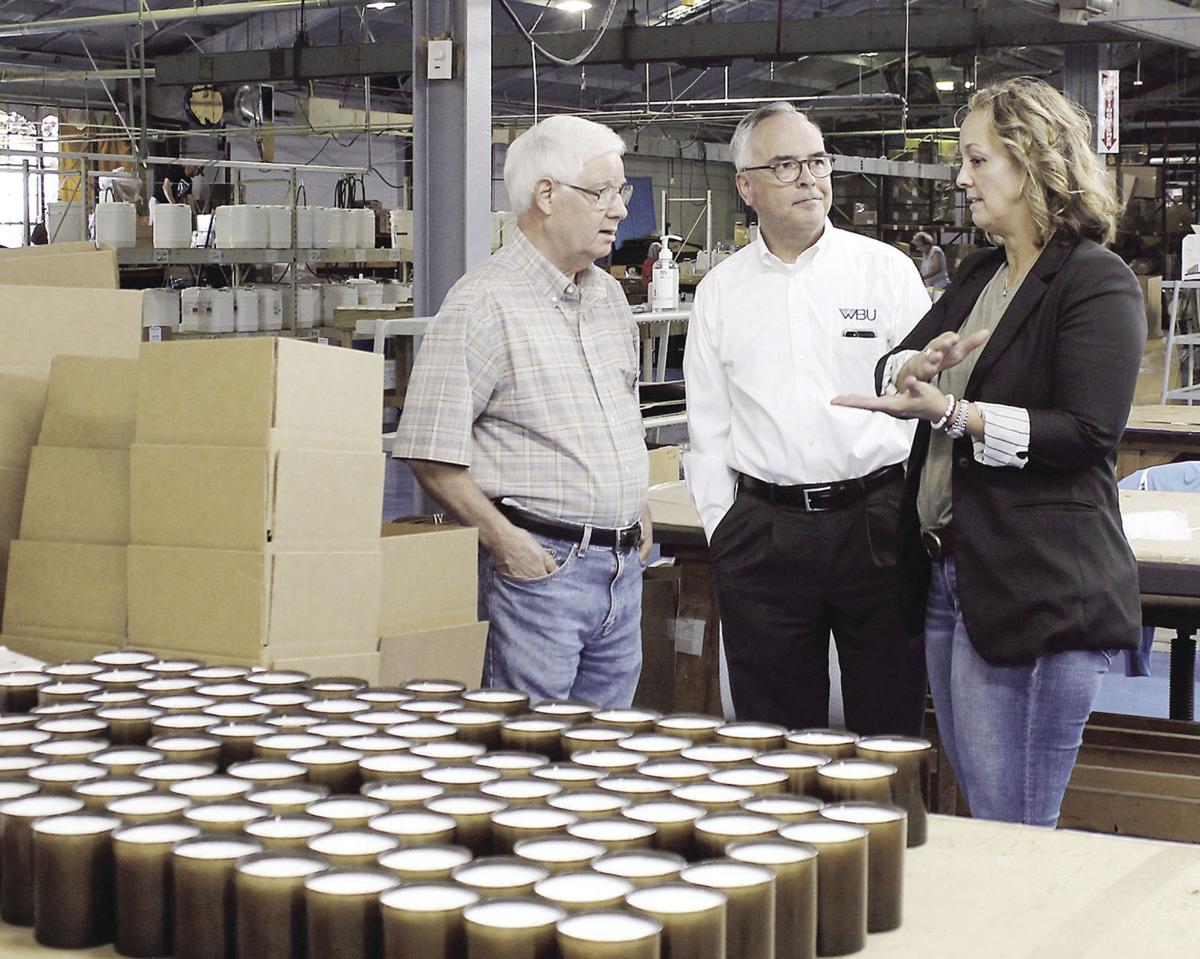 Cathy Tedder (right) discusses the operation at Eleven Point with Junior Briner (left) and Brett Cooper during a recent tour of the candle production facility in Walnut Ridge.

The Eleven Point logo promotes not only the fragrances created by the company, but also the state of Arkansas.

Cathy Tedder (right) discusses the operation at Eleven Point with Junior Briner (left) and Brett Cooper during a recent tour of the candle production facility in Walnut Ridge.

WALNUT RIDGE — When Cathy Tedder made the decision to purchase the company she had been working at for more than 20 years, she could not have foreseen the changes coming in the next three years.

Since she became owner and CEO of Eleven Point and Scentations three years ago, she has been working to expand the company.

She noted that Sandy Jones, who has been with the company since it was established as Scentations in 1985, has been instrumental in the efforts.

Early this year, those efforts led to a move to a new facility in Walnut Ridge after Tedder purchased the former Jones and Vining building from the Lawrence County Chamber of Commerce.

“We started with 14 employees,” Tedder said of the Walnut Ridge facility. “We peaked at 30 and currently have 25 working. A year ago we only had eight working.”

Having moved into the building while still completing renovations, Tedder said the chamber and the city were very helpful in the transition.

Mayor Charles Snapp noted that the city was able to get a USDA grant to upgrade the sewer system, which was needed with an increased number of employees in the building.

“We moved in on Jan. 2 and were pouring candles the next week,” Tedder said.

Currently producing about 2,300 candles a day, production peaked about a month ago at 4,000 candles daily.

Tedder said the move to Walnut Ridge not only allowed for the larger facility with 50,000 square feet, but also has provided an excellent employment pool.

“We have been able to hire really good people,” she said, noting they have partnered with Jump Start Ministry, as well as hiring some Williams Baptist University students to work part time.

In addition to producing their own line of candles, which are sold through retailers including Flowers Nursery and Gifts in Walnut Ridge, Eleven Point also does contract pours for other candle companies, such as Harlem Candle Company in New York. Tedder said they also have international clients in Japan and Sweden.