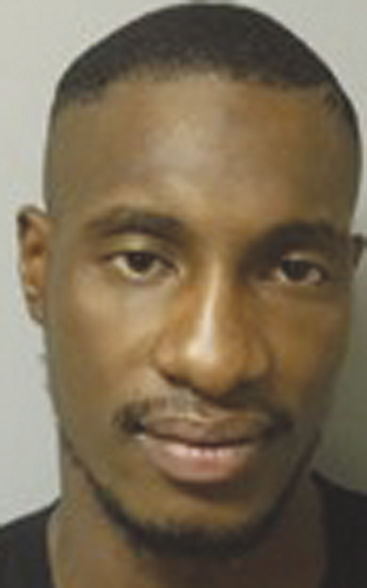 JONESBORO — A Florida man faces several charges after a female family member alleged she was attacked.

The Jonesboro Police Department responded to a family disturbance Wednesday in the 100 block of Harvester Drive, according to the incident report. Justin Mitchell, 41, of Saint Augustine, Fla., and the woman were standing in the driveway when officers arrived.

The victim told police that Mitchell choked her. The report also indicates that the victim was punched.

Officers observed bruising and lacerations on her arms and neck.

When Mitchell was arrested, he was armed with a “lethal cutting instrument,” the report stated.

His bond was set at $25,000, cash or surety. A no-contact order was also imposed between Mitchell and the victim.

The judge also found probable cause for charges and set bond for the following:

against her will, beaten

JONESBORO — A woman reported Thursday that she was held against her will and beaten at a home in the 300 block of North Caraway Road.

The victim had no visible injuries when officers responded, according to the incident report. The suspect, 34, is a male family member of the victim. The incident happened Wednesday night.

If arrested, he faces charges of first-degree kidnaping, aggravated assault on a family or household member, first-degree interference with emergency communication and fleeing.

In another report, a man was arrested Thursday night on charges of having a woman’s car towed from the 1100 block of French Street.

According to the report, Stephen Moore, 27, of Jonesboro, used an insurance company to retrieve the gold 2008 Cadillac STS.

“(Moore) had threatened several times to come and take the vehicle, which is only registered to (her),” the report read. She states he prowls around her house at night and continually harasses her. She believes he took the keys, which she states she leaves in the center console."

The vehicle was recovered in the 2300 Brazos Street, according to the report. The online jail roster indicates that Moore was released prior to probable cause hearings Friday on the charge of theft of a vehicle valued at $5,000 or less but more than $1,000.