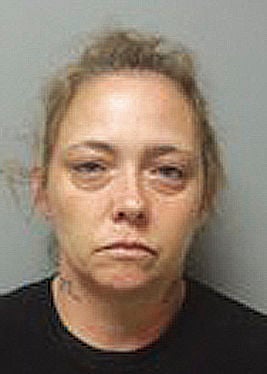 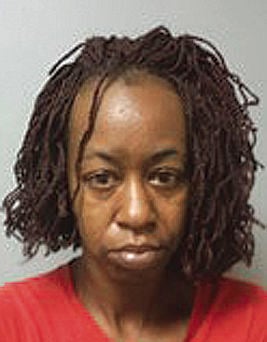 Jonesboro arrested the two Thursday afternoon after a search warrant at a residence on Southwest Drive turned up more than a pound of methamphetamine, a meth pipe, $3,195 in cash, three digital scales, 14 ounces of marijuana and assorted pills, according to a Jonesboro police report.

Patterson was charged with possession of drug paraphernalia and possession of a Schedule IV or V drug less than 28 grams. He bond was set at $25,000.

In another case, Fowler found probable cause to charge Corbin Noble, 34, of of 3571 Dover St., with possession of a Schedule I or II drug not meth or cocaine greater than 10 grams but less than 200 grams and possession of drug paraphernalia. Police said Noble had 74 grams of black tar heroin. Bond was set at $50,000.

In other cases, Fowler found probable cause to charge:

Rakaiya Walker, 21, of Jonesboro, with aggravated assault and fleeing; $75,000 bond.

Jacob English, 26, of Springdale, with being a felon in possession of a firearm, fleeing, possession of marijuana and resisting arrest; $35,000 bond.

A 64-year-old Jonesboro woman told police Thursday that on Sept. 3 a 25-year-old man stolen a bank bag out of her purse on North Church Street. She said the bag contained $14,000.

Police arrested Josiah Taylor, 25, of 1000 McNatt Drive, on Friday morning at the intersection of Loberg Lane and Matthews Avenue on suspicion of aggravated assault on a family or household member and with first-degree interference of emergency communications. Police said he struck his girlfriend in the face and choked her.

A 34-year-old Jonesboro man said a 30-year-old man pulled a firearm on him Thursday afternoon in the 1600 block of Arrowhead Farm Road.

The Craighead County Sheriff’s Office responded to the report of a stolen camper from a storage unit at 9447 U.S. 49 North on Thursday afternoon.