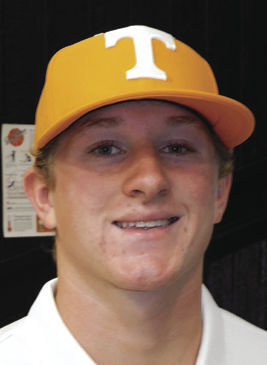 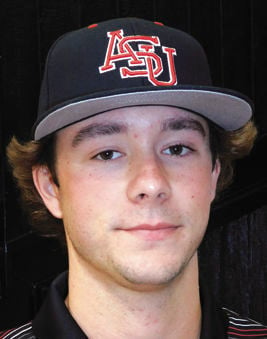 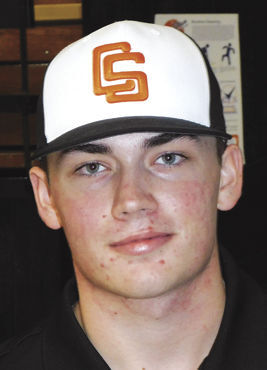 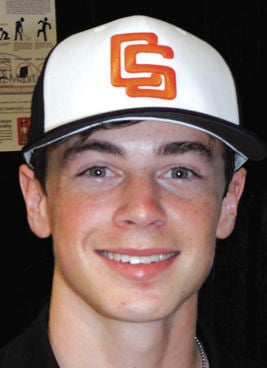 Cross Jumper and Sawyer Bentley are headed for NCAA Division I as freshmen after signing with Tennessee and Arkansas State, respectively. Jake Henry Williams and Brennan Payne will remain teammates in 2022 after signing with junior college power Connors State (Okla.).

Jumper, as Jonesboro coach Mark Dobson pointed out, made his verbal commitment to Tennessee before he ever played for the Hurricane. A center fielder and pitcher for Jonesboro, Jumper batted .325 with 17 runs batted in as a sophomore, also posting a 4-1 record on the mound.

In talking about Jumper, Dobson referenced a comment once made by Augie Garrido, who coached at Cal State Fullerton and Texas, at a coaching clinic.

“One of the things he said was this – you have a leader on your team when your best player is the hardest worker,” Dobson said. “And at the end of the day we have a bunch of them, but that’s what I think of when I think about Cross. He does work that hard.”

Jumper said he committed to Tennessee as a pitcher and position player, and is planning on both as he prepares to join the Volunteers.

“I think I’ve improved solely on my speed and the way I’ve been hitting the ball this summer. I think that this year for our high school, that is what I bring to the table most,” Jumper said. “I don’t necessarily need to improve a whole lot on pitching, but I think if I had to say one area, that’s what it would be, to make sure I throw strikes for the team this year.”

A two-year starter at quarterback for the Hurricane football team, Jumper’s senior season on the gridiron ended in September when he suffered a broken tibia and fibula. He said surgery went well and added that he was told that in two or three months, it should be like the injury never happened.

“I was really questioning why it happened when it happened, because I had never had a serious injury before,” Jumper said. “About a week after it happened, I realized that it taught me not to take anything for granted, that anything can happen at any point.”

Bentley, a pitcher and outfielder for Jonesboro, opted for Arkansas State after receiving also offers from Arkansas-Little Rock and Central Arkansas. He said his offers came in 2019 when he hit 88-89 on the radar gun.

“I wanted to stay home and ASU felt like home to me,” Bentley said. “It’s amazing.”

Dobson, a former ASU pitcher, said Bentley has worked hard on his craft and has made especially impressive progress on the mental side of the game.

“For young people a lot of times, they don’t see that part of the game, so they won’t change it. I can speak for myself, I didn’t change mine until I got to college,” Dobson said. “But I’ve been really proud and impressed with Sawyer on the way he’s improved himself on that side of the game in high school, preparing himself to move on and deal with what will happen when he gets to college.”

Dobson described Williams as a utility player who hits with power, capable of playing outfield or corner infield positions as well as pitching.

“You look at Jake and he’s ridiculously strong,” Dobson said. “We’ve been hitting this fall and when he hits, the ball coming off his bat sounds different from almost everybody else.”

Williams said his father played for Connors State. He said he loves the workman mentality in the Cowboys’ program.

As he prepares to play college baseball, Williams wants to improve his arm strength.

Payne is a pitcher and outfielder for the Hurricane, although Dobson said he’s also capable of playing in the infield.

“All of the guys here are talented, but I think Brennan Payne has actually changed himself as an athlete through his work ethic,” Dobson said. “Through his lifting and his work, you could see a change. His whole body changed from the year before last to last season.”

Payne said he wants to gain weight and strength as well as arm speed before pitching at the college level.