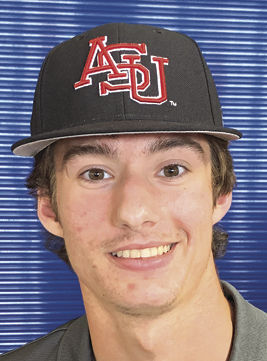 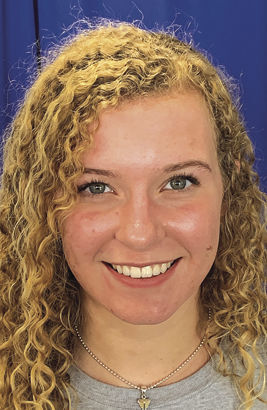 “It’s extremely amazing just to be able to play with old teammates that I’ve grown up with, that I’ve played with for many years,” Becker said after his signing ceremony.

While he wants to improve his location and velocity before starting his senior season in the spring, Becker is confident in his primary pitches.

“Right now I feel like my fastball is really good and my curveball is extremely good,” he said. “I’m looking at getting my changeup going.”

Becker had a 2.69 earned run average last season, striking out 69 batters while walking 33 in 39 innings. He also contributed offensively with a .429 batting average, 22 runs scored and 17 RBI.

While the Red Wolves recruited Becker as a pitcher, there is a possibility he could factor into ASU’s plans as a position player.

“We’ve talked about that, but he said once I got on campus we’ll figure it out and we’ll go from there,” said Becker, who is also the leading receiver for the Valley View football team.

Union, located in Jackson, Tenn., has two former Lady Blazers on its roster in junior outside hitter/middle blocker Emily Grace Calhoon and freshman outside hitter Reese Owens. The Lady Bulldogs are adding another force at the net in Supine, who was the Class 4A state tournament MVP as Valley View won its seventh consecutive state championship.

Supine already feels a strong bond with her future teammates.

“They were so much fun to play volleyball with,” said Supine, who is a 5-10 middle blocker/outside hitter. “I went to practice, best time of my life, and also just the girls themselves, I feel like I have a whole new family and I only spent like a couple of hours with them. Just the girls there and the coaches were amazing.”

Supine was a two-time all-state and all-state tournament selection at Valley View, which was 60-4 in the final two seasons of her career. She led the Blazers in kills as a junior and senior with 471 over two seasons, including 276 this year.

The Lady Blazers finished 35-3 this season with a victory over Brookland in the state finals. Supine had 52 kills in Valley View’s four state tournament matches.

“Whenever I sit here and think about it, it’s kind of unreal how much fun we’ve had,” said Supine, who also had 43 blocks this season. “I know a lot of teams put in so much hard work, but the hard work that we put in, it paid off and you can see the success that we’ve had. It’s just memories and things that I’m going to be talking about for the rest of my life.”

Both athletes described signing with a college team as a dream come true.

“This has been a lifelong dream and I’m really excited to carry on what I’ve started and to be able to play at the next level,” Becker said.

“Whenever I was little, I would watch other people’s signings and it would be like, ‘Oh man, that would just be perfect, that would be exactly what I want to do. I hope someday that I can get there,’” Supine said. “The fact that I’m here, I signed (Wednesday), it’s exciting. It’s honestly kind of hard to wrap my mind around.”