The Hoxie City Council voted to pay off its sanitation truck at a special meeting held Dec. 30.

Council members voted to use the funds to pay off the truck to save on interest and eliminate the $1,548.73 payment each month.

The council also approved the purchase of a mini-x for the street department. The small excavator will be used for drainage work and maintenance of ditches and roads where a smaller piece of equipment will be more effective.

It was also announced that the city has been selected to receive a $250,000 matching grant for the new city park. (See related story.)

The city has also received approximately $110,000 in reimbursements through the Department of Finance and Administration from the CARES funds. The money goes into the city’s general fund.

The council approved a resolution to correct action regarding the sewer pond.

The Arkansas Legislature convened in regular session on Monday. All chamber proceedings and committees are live streamed and archived on the website www.arkansashouse.org.

A bill recently filed in the state Senate, Senate Bill 24, has legislators talking.

And several of those representing Northeast Arkansas like what they see so far. But the devil may be in the details, so to speak.

Briefly, the bill as filed removes the requirement of an individual lawfully present in a location to retreat safely from a threat of physical force before using or threatening to use deadly force in his or her own defense or the defense of others.

“We [currently] have one of the best ‘Stand Your Ground’ laws in the nation,” said state Rep. Dwight Tosh (R-52nd District, including Craighead, Jackson, Poinsett and Independence Counties). But one thing that has bothered him, he said, about the law is the wording of the current law that requires an individual first to retreat safely before using or threatening the use of deadly force.

Tosh explained that judgement of what constitutes the ability to “safely retreat” appears to try to address the mental state of the given individual at the given moment.

“I don’t know how you can judge what one person is supposed to see as a ‘safe retreat,’” he said. “It places too big a burden on the individual in what’s likely a very stressful situation. And maybe what you think is a ‘safe retreat’ isn’t one to me.”

The language is deleted from Senate Bill 24 as filed. “I think it’s a great idea to address it,” Tosh said. “This is exactly what needs to be addressed – it has given people so much grief. So I’m on board with it.”

“I had a friend for whom, if this law had been in place, things might’ve turned out differently,” she said. “So I’ve got no problem with it.” Cavenaugh is listed as one of 14 House co-sponsors.

“I support self-defense,” he said. He added, however, that he had reviewed the language and expressed some concern over the possibility of a “reset” of the situation.

“Some scenarios I can see would put the other person in a situation to have the same legal defense [under the bill] as you,” he said, “and they could have you prosecuted.”

Johnson added the words in question for him are “lawful presence.”

“You could mistakenly be unlawfully present in a location,” he said. “I just don’t want the other person to have the same defense as you.”

On the other hand, he noted, state Sen. Bob Ballinger, the bill’s Senate sponsor, had assured him the bill’s language is not set in stone. “He told me: ‘if there’s a better way, then let’s do it,’” Johnson concluded.

State Rep. Jimmy Gazaway (R-57th District, including Paragould), expressed similar qualified support. “I generally support ‘stand your ground’ legislation,” he said. “But my issue is with the specific wording.”

Like Johnson, Gazaway expressed concern with the phrase “lawfully present.”

“That’s long been troublesome to people,” he said. “What does ‘lawfully present’ mean?”

For example, Gazaway speculated, if a person is armed but does not have a concealed carry permit, but is on a location where one is required for an individual to be armed, is the person “lawfully present?”

“That’s distinguished from a ‘right to be present,’” he said, “and I think that would make a big difference.”

Gazaway said he had been contacted by numerous groups in the state on all sides of the issue regarding that specific phrase, including the Prosecuting Attorneys Association, the National Rifle Association and the Gun Owners of Arkansas.

“The Gun Owners of Arkansas point to the Kentucky ‘Stand Your Ground’ law,” he said, “where it says you have a right to be in a location instead of lawfully present. That language makes a difference.”

In any case, Gazaway concluded, most legislation undergoes a greater or lesser amount of change between introduction and what finally makes it to the House floor for a vote. “There is a lot of behind-the-scenes negotiation,” he said, “and I doubt this will be the final form.”

“So often a law has got good intentions,” he said, “but there are unintended consequences.”

In the case of “lawfully present,” Caldwell said, the problem would be that a prosecutor could decide whether an individual was “lawfully present” in determining whether to charge that person under that law.

“It leaves too much leeway in the hands of a prosecutor,” he said, “and this language needs to be changed so it’s not subject to interpretation. I want to see law-abiding citizens protected.”

When he took the office of third division circuit judge for the third judicial district, Adam Weeks became the first Lawrence County resident to serve as circuit judge in 130 years.

Weeks, who lives near Powhatan with his wife, Tasha, and their two daughters, said the last Lawrence County resident elected circuit judge also lived at Powhatan. Weeks said according to historians, that judge moved, soon after being elected, to Independence County to serve out of Batesville.

Judge Weeks is one of three circuit judges elected in the third judicial district, which is comprised of Jackson, Lawrence, Randolph and Sharp counties.

“We are all circuit judges for the entire circuit district,” he said during an interview on Friday. “This week, I traveled to Jackson County to sit three days in a row. Next week, I’ll be in Randolph County, the following week in Sharp County and the next week in Lawrence County.”

He said rotating through the different counties is where the “circuit” in circuit judge comes from.

Weeks said circuit court is a court of general jurisdiction.

“We are the trial court for the judiciary of Arkansas,” he said. “We hear all the trial cases that could possibly happen, could be an eviction or a capital murder or a multi-million-dollar lawsuit.”

A 1994 graduate of Walnut Ridge High School, Weeks did not expect to be a Lawrence County resident as an adult.

“I left and didn’t think I’d ever return,” he said, “but you can only be from one place and this is home so I eventually came home.”

Weeks went to the University of Central Arkansas in Conway, where he earned a degree in English. He remained in Conway for 10 years and was elected to the Conway City Council at the age of 24.

“I did not immediately pursue law,” he said. “Serving on the city council is what led me to realize I had an interest in practicing law.”

While he was attending law school, he served as a law clerk for Rose Law Firm and James Law Firm. After graduation, he returned to Lawrence County and practiced law in Walnut Ridge until he was elected Lawrence County district judge, a position he held for six years.

Weeks is the son of Ruth and Roger Anderson. His brother, Ethan Weeks, practices law in Walnut Ridge.

Judge Weeks said it is a huge honor to be elected by the voters of the third judicial district.

“They have placed in me a tremendous amount of trust,” he said. “It’s very humbling to take on that responsibility, and I don’t do it lightly.”

The Times Dispatch is holding a Readers’ Choice contest to give readers the opportunity to select the “best of the best” in Lawrence County in a side range of categories.

A ballot was printed in last week and this week’s TD and is due back Thursday, Jan. 21, to help select favorites in categories such as bank, pharmacy, restaurant, body shop, hairstylist, electrician, lawn service and more.

The ballot must be completed on the form printed in The TD and can be submitted by mail at P.O. Box 389, Walnut Ridge, AR 72476, dropped off at The TD office in the box located inside the back door or emailed to editor@thetd.com or faxed to 870-886-9369. An error in last week’s paper listed the email address as editor@thetimesdispatch.com.

Ballots must be at least 75 percent complete to be tabulated. Winners will be featured in a special reader’s choice edition in February.

The city of Hoxie has been selected to receive a $250,000 matching grant from Department of Parks, Heritage and Tourism to develop a new city park.

Hoxie Mayor Dennis Coggins said land donated to the city for the park will be used to match the $250,000 received from the Outdoor Recreation Grant program.

Coggins and his wife traded land with the county and then donated the land they received on Annie Street to be used to develop the park, which will be adjacent to the Lawrence County Rail-Trail walking and biking path.

“The county judge and the quorum court really helped with this project,” Coggins said. “Everyone worked with us.”

Plans for the park include a basketball court, playground equipment, bathrooms and parking.

Coggins said they realize that while $250,000 is a lot of money, it will go quickly, and there will continue to be costs to maintain the park.

“We are going to start putting $500 a month back each month for the park program,” he said.

For the second week in a row the Arkansas Department of Health reported at least 100 new cases of COVID-19 in Lawrence County.

As of Tuesday, the ADH was reporting a cumulative case count of 1,729, up 103 from the previous week’s total of 1,626. The week prior to that Lawrence County saw 100 new cases of the virus.

The active case count is slightly up in the county, with the ADH reporting 132 active cases on Tuesday, an increase of six from the 126 reported a week ago.

An additional 94 have been added to the recovered list, with 1,558 having been reported as recovered as of Tuesday, compared to 1,464 the previous week.

The Arkansas Department of Health also reported an additional three COVID-19-related deaths among Lawrence County residents over the seven-day period. As of Tuesday, that total is now 39.

The revisions were made to be sure everything was stated correctly on how things like sick time and insurance are handled for employees and when benefits become available for new employees.

In addition, justices repealed an ordinance from 2001 that stated employees had to use comp time within 60 days or they would lose it, as that restriction is not allowable by law.

They gave an update on their programs, as well as their move into a new part of the USDA building and updates that will be done to their new office space.

Lloyd Clark was selected as delegate to the Quorum Court Association meeting to be held in Little Rock in April.

The court passed a sunset for the COVID-19 state of emergency ordinance passed in 2020.

County Attorney Clay Sloan reported on the purchase of the building on Main Street. The closing is expected within the week.

Sloan gave an update on the Cache River lawsuit, which has been postponed. 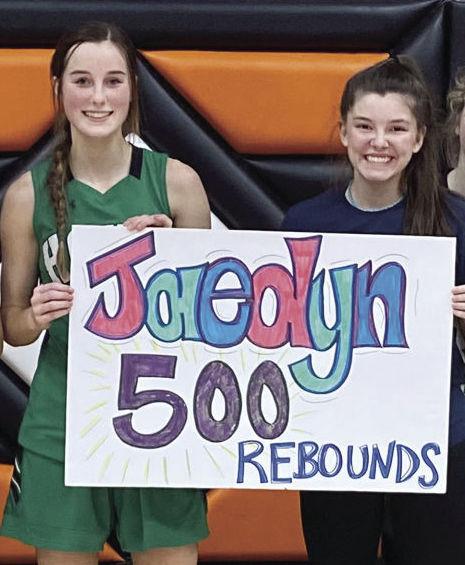