Copies of a proposed 2021 budget were distributed at Monday night’s Walnut Ridge City Council meeting for members to review prior to the December meeting.

“We are very fortunate to have a self-sustaining airport,” he said.

He said the city’s budget for the upcoming year is based on the anticipated revenue used for the 2020 budget.

Proposed changes include a $520 raise for full-time employees, along with covering the increase in cost for personal health insurance for employees, which is going up $485 per person, per year.

“With the $520 raise and the increase in health insurance cost, each employee will be getting an extra $1,000 if you want to look at it that way,” Snapp said.

Snapp asked council members to review the budget in full and be prepared to vote on it at the December meeting.

Council members also set a hearing regarding the abandonment of alleyways in Fontaine’s Addition near the Rail-Trail and the new Lawrence County Jail.

The property is owned by the county, the city of Walnut Ridge and Snapp Properties. The hearing, which will be held prior to the next city council meeting, is set for 5:45 p.m. on Dec. 21.

Also on Monday, council members approved a renewal of Main Street Pizza’s private club license. The council’s approval is required before application is made to the Alcoholic Beverage Control Division.

Jason Willet, who spoke on behalf of owner Carlos Aguilar explained that there was some miscommunication regarding provisions made due to the COVID-19 pandemic.

He said an announcement regarding the waiving of late penalties caused many to miss the deadline to complete necessary paperwork, causing them to have to reapply.

“It would be helpful if we can expedite this,” he said. “It will prevent the loss of income for the city, as well as the business owners and employees.”

approved the financial report after hearing a report from Mayor Snapp that the city is doing well financially but has some significant expenses coming up, including the cost for the city’s pavement overlay program.

heard an update from City Attorney Ethan Weeks that efforts are still underway to serve J.R. and Michelle Rogers with a lawsuit regarding money owed to the city for the building that was torn down on Abbey Road. 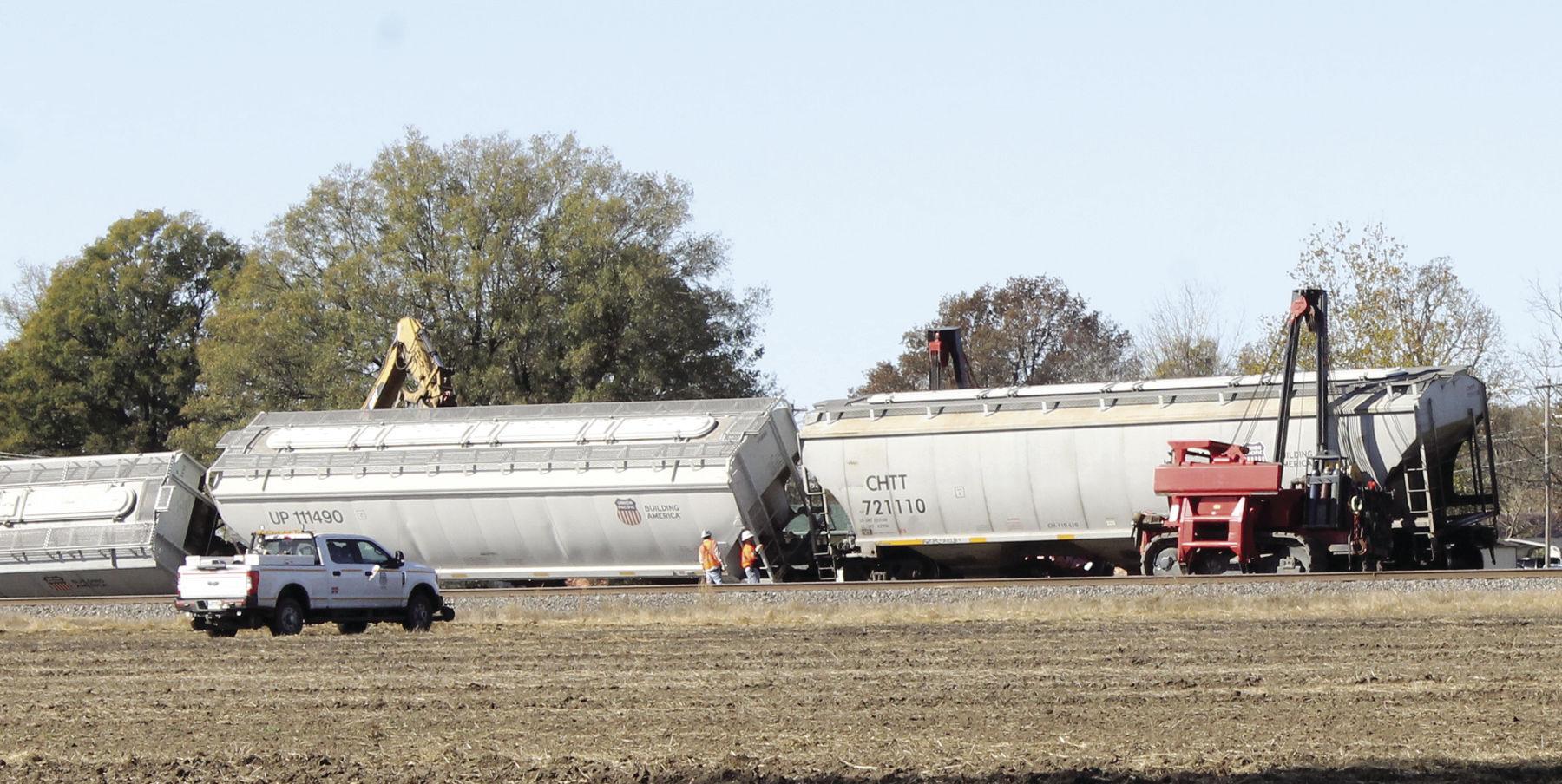 Workers use machinery to turn approximately 15 train cars that were blown over in Hoxie during Saturday night’s storm back onto the tracks on Sunday. Other damage reported from the storm included downed trees.

Seventy-nine years ago she lived through the attack at Pearl Harbor, and today, after turning 99 on Friday, she can count herself as a survivor again, having recently beaten the COVID-19 virus.

Catherine Ponder was at Honolulu with her infant son when Pearl Harbor was attacked. Her husband, Miles, was stationed there but was out to sea at the time.

Ponder would later find out that her husband, who was supposed to be headed for the Philippines, which had fallen to Japan, was diverted to Australia.

The ship he served on as a scout pilot was involved in several battles, including the Battle at Midway.

Miles who already had several years of service before the war, became a flight instructor at Florida, where he continued to serve until 1945, when he and Catherine came home to Walnut Ridge.

“We bought a farm and I’ve lived there ever since,” Ponder said.

During those 75 years, she taught countless children to play the piano.

“I can’t believe how man people play for their church that I taught,” she said.

She also spent 20 years as a 4-H leader in Lawrence County, during which time she taught lots of girls to sew.

“We often had a house full of kids,” she said.

On Friday, Ponder enjoyed her bi-weekly visit to the beauty salon, having recently been quarantined after testing positive for the coronavirus.

While there, she “Facetimed” with Rita Bilbrey, who did her hair for years before retiring.

When asked what the secret is to living a long life, she answered, “I don’t get mad easy. I seldom get mad.”

As far as the highlight of her 99 years of life, she said that was definitely meeting her husband when she was 17.

She said being alone at Pearl Harbor waiting to hear if her husband was OK and trying to get word to her own family that she was OK was a very trying time.

“I had a two-month-old baby,” she said. “Being that far from home and alone … you just gotta make the best of it.”

She said she was finally able to make a trans-Atlantic call to her mother.

“I was more worried about them worrying about me,” she said, noting she was the only girl with four brothers.

Ponder’s daughter, Paula Bishop, who was with her Friday at the beauty shop, chimed in saying, “Her happiest day was when she had me, her only girl.”

The Ponders also had four boys, Will, who was born at Honolulu, and Sam, who both live in New Mexico; David, who lives in Walnut Ridge, and Mack, who died in an accident.

At 99, Ponder is still on the go, though she said with the current state of the world she doesn’t see as many people as usual.

The Times Dispatch will print its Thanksgiving week issue early to allow those who subscribe through the mail to receive their paper on time.

The paper will be printed on Monday night and will be distributed on Tuesday.

Many government offices and local businesses will be closed for the holiday on Thursday, Nov. 26, or that Thursday and Friday.

In Walnut Ridge, Thursday and Friday’s sanitation routes will be picked up on Friday, Nov. 27.

Hoxie will pick up Thursday’s route on Wednesday, Nov. 25, and there is not a route on Friday. 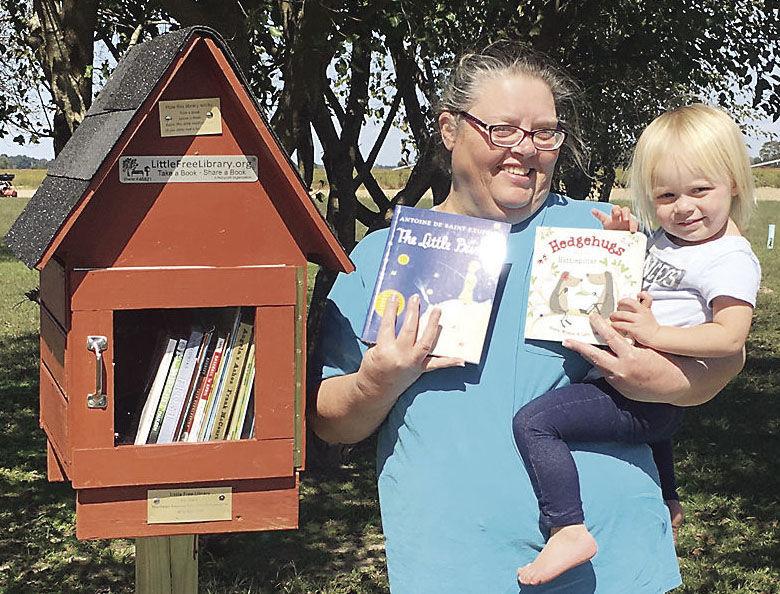 Lawrence County has seen 70 new COVID-19 cases and four additional deaths during the past week, according to information reported by the Arkansas Department of Health.

The ADH website on Tuesday reported 27 deaths among Lawrence County residents, up from 23 deaths last Monday.

In addition, the cumulative case count increased from 955 last week to 1,025 as of Tuesday.

Statewide, cases have been on the rise and increases in hospitalizations have been a cause for concern.

Gov. Asa Hutchinson has created a COVID-19 Winter Task Force, including 19 physicians, state officials and health care executives to advise him as the state combats the likely challenges of the pandemic this winter.

“We continue to see a record number of COVID-19 cases, and as winter approaches we must take this head-on with a strategy that is medically sound and data-driven,” Gov. Hutchinson said in a press conference on Friday. “This will ensure that we are combating COVID-19 with the best resources to limit the spread and mitigate the impact of the virus while we wait for a vaccine.”

Gov. Hutchinson will chair the task force, and Arkansas Surgeon General Dr. Greg Bledsoe will serve as vice chair. Chris Barber, president and CEO of St. Bernards Healthcare, is among those appointed to serve.

The Lawrence County Quorum Court approved the 2020 millage for real and personal property at its meeting on Nov. 9.

The rate, which will remain unchanged, will be assessed for 2020 and payable in 2021.

Justices also discussed a meeting slated later that week regarding a regional E911. It was reported that the sheriff, chief deputy, county judge and representatives of the county E911 would be attending.

After discussion, the court requested a resolution stating Lawrence County is against 911 going to a regional system.