John Ponthie, managing partner with Southern Administrative Services, expresses his appreciation to Mayor Charles Snapp (far left) and State Rep. Fran Cavenaugh for their assistance throughout the planning process for the new Green House Cottages of Walnut Ridge during a ground breaking ceremony on Tuesday morning.

The announcement was made by John Ponthie and Shannon Fleming of Southern Administrative Services, which provides administrative and support services to a network of 30 long-term care facilities, including Walnut Ridge Nursing & Rehab. They were joined by Walnut Ridge Mayor Charles Snapp and State Rep. Fran Cavenaugh.

The new 64-bed development will include four buildings set in cottage style with private suites for each elder. The 32,000-square-foot addition will include a spa/beauty shop, library, living room and state-of-the art kitchen in each cottage, as well as a higher staff-to-elder ratio.

Set to open in the spring or summer of 2021, Ponthie said he looks forward to moving dirt not only symbolically but also as the project gets underway.

“It is even more gratifying to be breaking ground in Walnut Ridge, in a rural community that has the heart and soul that this community has,” he said. “We look forward to a tremendous future in Walnut Ridge.”

Both Ponthie and Fleming noted what the residents and staff at Walnut Ridge Nursing and Rehab had been through with COVID-19.

“Those elders sitting in the shade are exactly why we are here,” Fleming said motioning to Walnut Ridge Nursing and Rehab residents gathered for the ceremony.

He noted while the nursing home battled COVID-19 including 53 elder cases and 28 caregiver cases, losing six residents, they were also able to celebrate with elders who beat the disease, including residents who are 102 and 100 years old.

“We have some incredibly dedicated staff who chose to stay and fight,” Fleming said. “They ran into the fire.”

Ponthie said while projects like the Green House Cottages provide jobs and revitalization for the community, the most important thing to him is the opportunity to make a difference.

“No one wakes up and says I hope today is the day I get to go to the nursing home,” he said. “Our job is to create the next best place.”

Cavenaugh said having a place that is more like home is going to be a game changer.

“We are so pleased they were willing to invest in our community,” she said. “Our elders deserve care like this.”

This will be Southern Administrative Services sixth Green House project. Mayor Snapp noted it will benefit the area during construction, as well as adding 30 to 50 jobs once it is complete.

He said it will also fill a much-needed gap for Walnut Ridge and Lawrence County.

Snapp said single-family dwelling construction permits issued in Walnut Ridge in 2019 were up 75 percent from the two previous years, and those looking to locate in the area most frequently ask about schools and quality of life, including elder care.

“Elder care is an important issue,” he said. “I’m humbled that this facility is coming to Walnut Ridge.”

Elaine Stoll was presented with her 50-year membership award from Arkansas Extension Homemakers at the state meeting in Hot Springs Aug. 12 and 13.

Karla Wadley accepted a certificate and check for the Scrappers EHC awarded for the club’s 100 points 2019 project book.

Among local recognitions, was Elaine Stoll, who was honored for 50 years with Arkansas EHC. She and her husband, John, were also thanked for their years serving as the Staging and Equipment Committee.

The Scrappers Extension Homemakers Club was recognized for submitting a 100 points project book in 2019. Karla Wadley accepted a certificate and check on behalf of the club.

In addition, Deborah Teague was installed as state vice president.

While the in-person attendance was reduced from several hundred to approximately 80, the awards banquet and luncheon were streamed live for those who could not attend in person.

“Our organization is blessed to be holding our meeting, postponed from early June, but it is sad that Covid cut our attendance,” Callahan said. “Visiting with old friends, meeting new friends, enjoying good food and conducting business of our organization has made it worth the trip.”

Those interested in Lawrence County’s history now have a new free online resource at their disposal. Termed the Walnut Ridge & Hoxie Online Archive (WHOA), the project features more than 1,000 sources about the two towns’ pre-WWII history, at www.whoa-archive.org.

Work on the virtual archive began in April as a way to reconstruct Walnut Ridge and Hoxie’s early newspaper records, of which there are a surprising number. According to a June 9, 1922, article in the Arkansas Gazette, Walnut Ridge and Hoxie had at least nine other newspapers besides The Times Dispatch (1910-present): other papers based in Walnut Ridge included the Lawrence County Journal/The Courier (1877-circa 1905), Lawrence County Democrat/Lawrence County Telephone (1884-1890), the Masonic Trowel (1887-1889), the Lawrence County Republican (1887-1891, merged into the Blade), the Blade (c. 1887-1929, merged into The Times Dispatch), and another newspaper called the Journal (1905), while Hoxie newspapers included The Observer (1908-?), The Hoxie Enterprise/The News at Hoxie (1912-c. 1917), and the Hoxie Tribune (1920-1926).

Unfortunately, most editions of these early newspapers are thought to no longer exist, but many of the most newsworthy or unusual articles in these papers were often published by other newspapers around the state and region, and occasionally even across the country. Thus, it is now possible to reassemble some measure of the news record of Walnut Ridge and Hoxie through searchable online newspaper databases, microfilm and other means.

With aspects of Walnut Ridge and Hoxie’s history during and after WWII preserved at the Wings of Honor Museum and upcoming Hoxie: The First Stand Museum, and with The Times Dispatch’s post mid 1950s newspaper archives intact, the decision was made to focus the online archive on the decades prior to U.S. entry into World War II.

Geographically, sources were limited to those that took place in Walnut Ridge or Hoxie or news dispatches from outlying areas that were published by newspapers or reporters in the two towns. Relevant pre-WWII documents, photographs and maps were also compiled and included. Further contributions are welcomed from the community, and can be sent to whoa.archive@gmail.com.

The current 1000+ sources in the WHOA Archive have been divided into about 90 categories, depending on which town(s) they relate to, the major themes they touch on and the type of source they are – photograph, news article, etc. A master timeline of all sources is also included, allowing one to focus on the events and photographs of a certain year or decade.

The archive’s division of themes, devised to best reflect the topics found in the sources themselves, feature several broad categories and numerous sub-categories, including:

Life Experiences: Features sources relating to particular life milestones or certain groups of citizens, such as children, marriages, senior citizens and the experiences of African-American and German-American residents of the area.

Commerce: A large category containing the subcategories of transportation (railroads, streetcars and road vehicles), mining and prospecting, factories and manufacturing, banks and investment, real estate and construction, houses and dwellings, saloons and alcohol, hotels and restaurants, medicine and healthcare, logging and lumber, agriculture and stores and services (encompassing a variety of other Main Street-type businesses, from dry goods stores to bakeries).

Animals: A category that will appeal to animal lovers everywhere, featuring everything from rabid wolfs to pet possums to racing pigeons, as well as livestock and horses.

Crimes & Tragedies: A category that includes one hundred sources relating to Walnut Ridge’s Bagley-Ridgeway Feud, as well as other categories connected to robbery, fraud, adultery, mobs and lynchings, arson and accidental fires and injuries and deaths.

Ads & Classified Ads: Features listings for everything from real estate and early automobiles for sale to sometimes unusual job advertisements.

Letters & Editorial: A compilation of the editorial articles and snippets that other newspapers found colorful or witty enough to quote, as well as descriptive letters sent from visitors to Walnut Ridge and Hoxie describing the towns to folks back home.

Oftentimes, any particular source listed in the WHOA Archive is listed under some combination of the above themes.

A variety of stories are freely available for reading and research at www.whoa-archive.org. Walnut Ridge and Hoxie’s rich pre-WWII history awaits.

The Walnut Ridge Airport Commission discussed how to move forward with the airport-owned restaurant building at its Monday night meeting.

The building, which was being renovated by Seth Hardage, was left incomplete after he was given several extensions to complete the project.

Mayor Charles Snapp said at this point, the commission should probably consider tearing down the existing structure and putting a pre-engineered metal building on the slab.

“He had an agreement to remodel the existing facility, and instead he demolished it,” Snapp said.

Snapp suggested the commission consider bringing legal action. Commissioners voted to have Snapp ask City Attorney Ethan Weeks to review the lease to see if there is any legal recourse.

Members of the commission agreed that rebuilding the restaurant and tying it back into the 737 dining room is a priority.

“There’s a lot of folks who like to bring their kids to that restaurant,” Commissioner Lloyd Clark said.

Airport Manager Stacy Hoggard said there are a lot of calls that come in to the terminal building about the restaurant.

“We get three to five calls a week from people asking about the restaurant,” she said.

Snapp said he thinks the restaurant is a worthwhile investment.

“It’s more than a restaurant,” he said. “It’s an attraction to bring people into the airport.”

Also on Monday, the commission:

authorized Hoggard to advertise for bids on the fuel tanks from the old fuel farm. They were cleaned out by Rebel Services. Bids will be opened at the next meeting.

discussed issues surrounding Scott Fetzer’s lease. Hoggard said it appears Fetzer has sold his lease rights without commission approval. The commission authorized Hoggard to contact a lawyer who has experience with FAA regulations about helping to resolve the situation.

heard an update on construction projects from Hoggard. Work has to be completed by Sept. 22, or penalties will be assessed to the contractors for each day past the deadline. 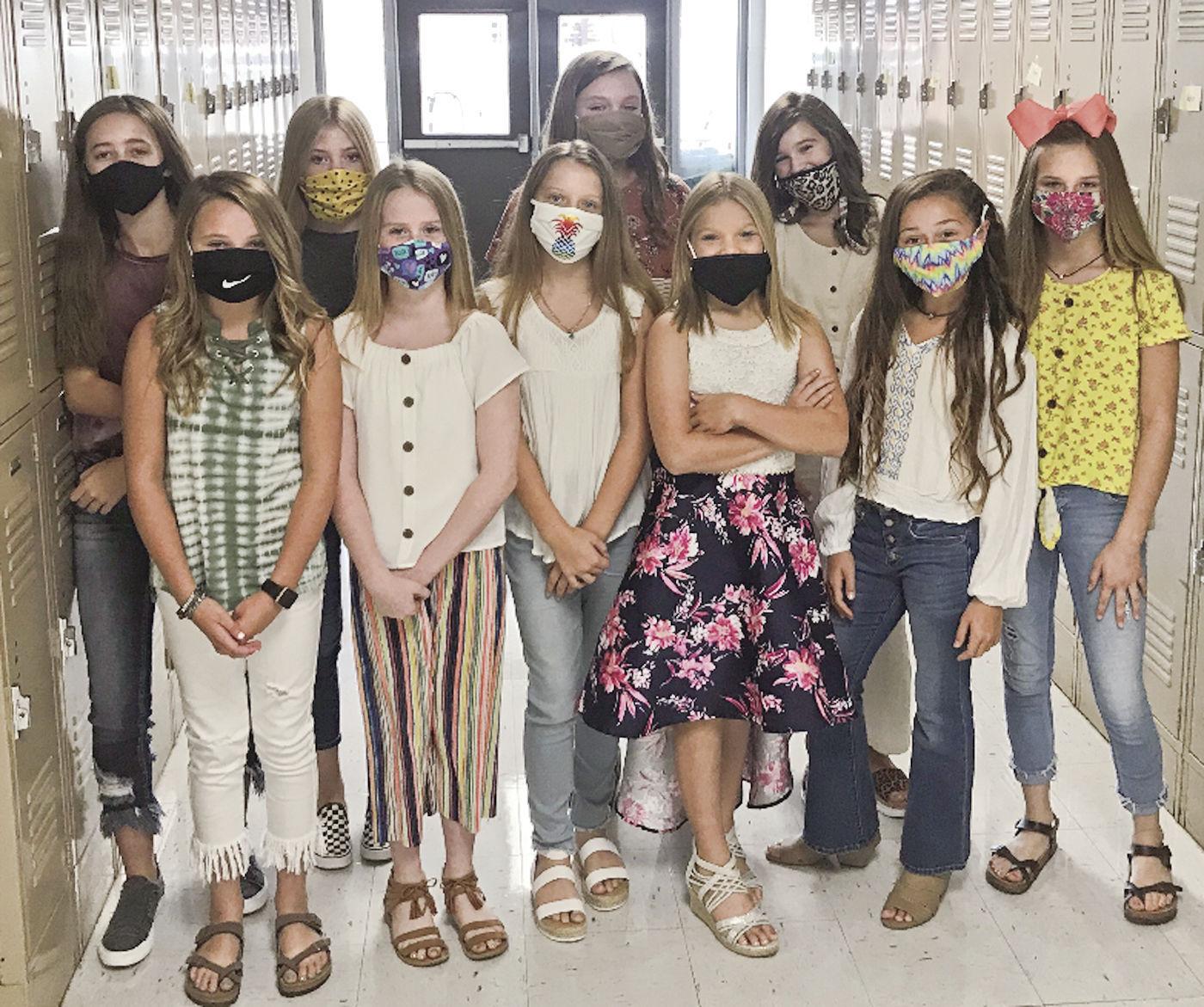 A three-vehicle accident on Sunday night resulted in two deaths, according to the preliminary fatal crash summary released by the Arkansas State Police.

The accident occurred at 7:29 p.m. on Highway 63 at Sedgwick when a northbound 2004 Dodge Neon driven by Randy E. Spades crossed the centerline and struck a southbound 2014 Chevrolet Equinox head on.

According to the report, a southbound 2003 Ford F-250 then struck the Neon on the southbound side of the road, just off the paved surface.

Two fatalities, Spades, 46, of Lynn, and a minor passenger in the Equinox, were reported by Cpl. Anthony Dail.