Lawrence County’s active cases of COVID-19 have nearly doubled in the past week, and an additional death has been added according to information reported by the Arkansas Department of Health.

The total number of active cases as of Tuesday morning was 29, up from 15 a week prior. One additional death, brings that total to 11 since the beginning of the pandemic.

The county has seen an increase of 22 new cases during the past week, and has had seven additional cases listed as recovered increasing from 224 last week to 231 this week.

District personnel were taking every precaution, including completing extra sanitation procedures over the weekend.

“The Hoxie School District will continue to communicate with and follow the guidelines provided by ADH and DESE (Department of Elementary and Secondary Education),” the post concluded. 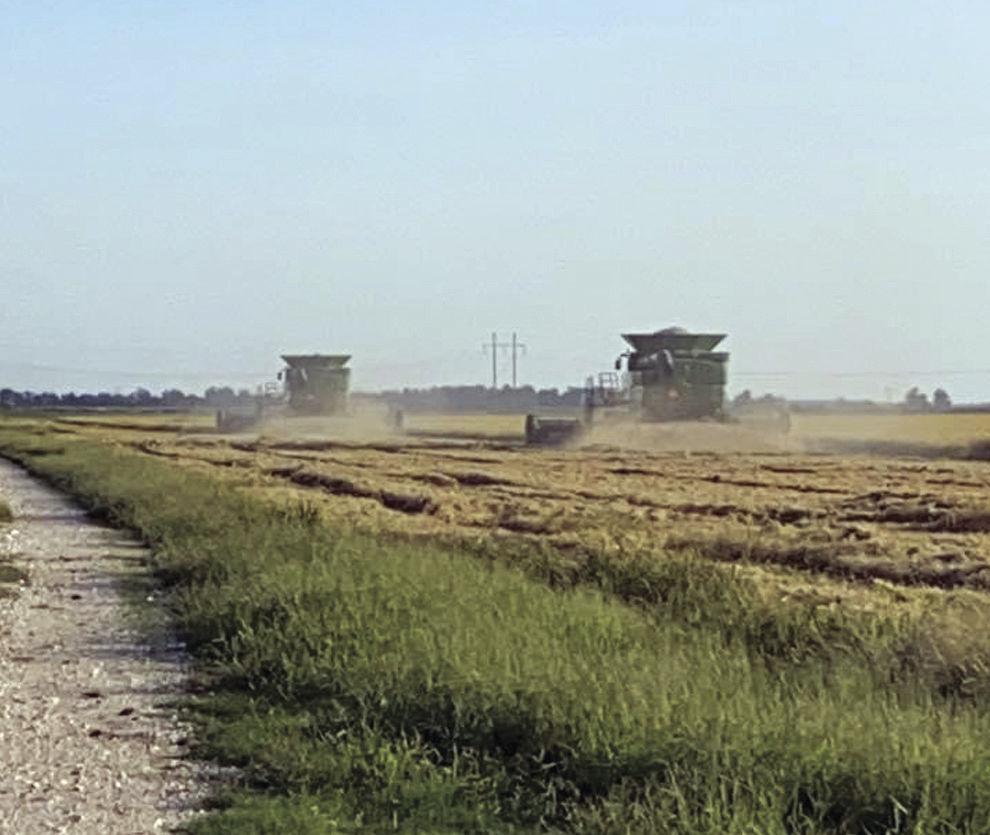 Chad Howell and Teague Phillips operate combines on Phillips Farms on Monday. While many enjoyed the day off for Labor Day, it was the first day of harvest for Phillips Farm after recent heavy rains.

The Arkansas Fallen Heroes Traveling Memorial is on display on Highway 63 in Imboden, across from S & H Quick Stop.

The annual Freedom in the Park event will be held Saturday starting at 11 a.m. at the Imboden City Park.

The event will include live music, food and visiting. Individuals are invited to bring their lawn chairs.

There is no charge to attend, but donations will be accepted to help offset expenses for the Arkansas Fallen Heroes Traveling Memorial that is on display at Imboden this week.

The display includes a flag and plaque with photo and information of military personnel from Arkansas who have died in service since the Sept. 11 terrorist attacks.

The Arkansas Fallen Heroes Traveling Memorial was founded in 2005 by Rob Hopper of Wynne, whose youngest son, Marine LCPL Brian Chase Hopper, was killed in action on Jan. 26, 2005.

He purchased a flag for each Arkansas Fallen Hero and created a traveling memorial flag field to remember his son and others who had lost their lives. People are able to walk among the flags and read the biographies of the heroes that are honored.

The Arkansas Run for the Fallen began displaying the traveling memorial flag field in 2014 to raise awareness of Arkansans who fought and died supporting the Global War on Terrorism.

Donations to Arkansas Run for the Fallen are used to maintain the memorial and raise awareness, honor the fallen and support the families of the fallen. Donations can be made during Saturday’s event or at S&H Quick Stop, sponsor for Freedom in the Park and the Fallen Heroes Traveling Memorial’s visit to Imboden.

Walnut Ridge’s park committee is seeking input on priorities for improvements at Stewart Park through the city’s Facebook page.

According to the post, the Park Committee and Mayor Charles Snapp have been working on new improvement ideas for the park, which were presented during the August city council meeting.

During that meeting, council members authorized the mayor to apply for a grant to help alleviate some of the costs, but since funding is not guaranteed, individuals are being asked to help prioritize the recommended improvements.

“It is possible that we will not receive anything from the state, which would mean that only some of these improvements could happen anytime soon,” the Facebook post states.

Improvements have been divided into seven different categories and can be ranked from one through seven.

“When you look at the opportunities presented below, please rank the areas according to importance to you,” the post states. “When you rank them, be sure to let us know where you’re from and then your ranking.”

Additionally, individuals are encouraged to submit additional ideas or suggestions to City Hall.