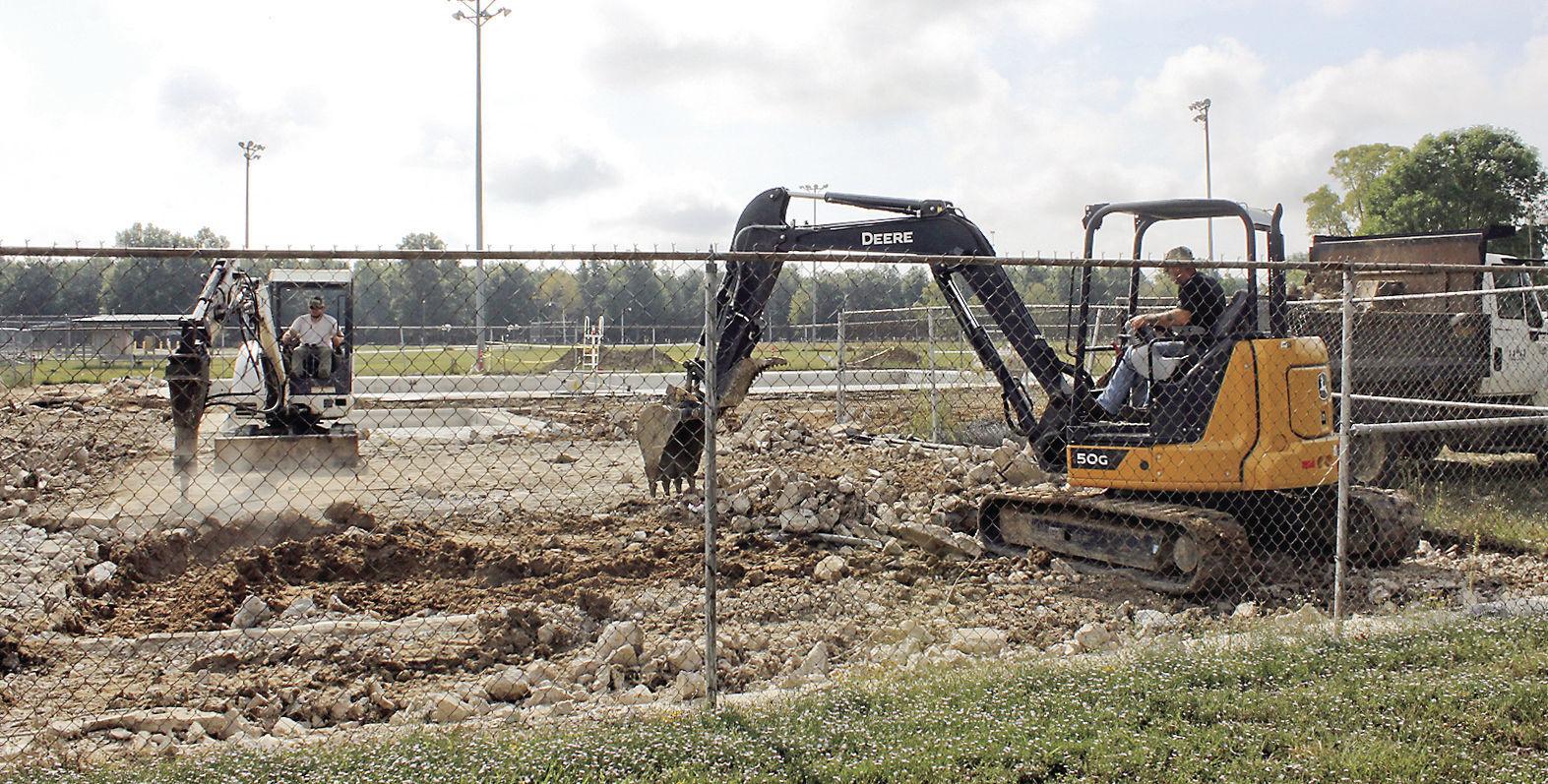 Work is ongoing on improvements at Stewart Park in Walnut Ridge including upgrades to the city pool. Employees have been removing the concrete decking around the pool, to prepare the area for new concrete, fencing and shade awnings, as well as a spiral water slide that will drop into the deep end of the pool. Other improvements in the works include replacing the small pavilion near the playground area and adding a new sign at the entrance to the park. A new kiddie playground has been installed, as well as new sidewalks in the playground area. Plans also call for adding handicap parking pads in several areas and replacing three dugouts that were damaged by the May 4 wind storm.

At the conclusion of the campus tour, the community hosted a roundtable discussion between Sanders and Northeast Arkansas community leaders. The discussion focused on the challenges the City of Pocahontas, the region and the state are facing and how those challenges can be addressed.

“We’re always eager to showcase BRTC,” he said. “Campus tours offer us the opportunity to better know our community members, answer questions specific to guests and their interests, while featuring the key people, programs, and facilities unique to Black River. Typically, a visit to BRTC lasts about an hour or so.”

News
Participants sought for Halloween in the Park

The annual Trunk or Treat event that is traditionally held in downtown Walnut Ridge has been canceled again this year due to the ongoing pandemic, but plans are underway for an alternate event in Stewart Park.

Walnut Ridge Mayor Charles Snapp said the Chamber opted out of Trunk or Treat this year due to the large number of children who traditionally attend the event.

Instead, the Walnut Ridge police and fire departments plan to hold a drive-through trunk or treat at Stewart Park on Halloween night.

Snapp said the departments have agreed to host the event, similar to last year’s event, as long as there are enough individuals, organizations and businesses who want to provide trunks.

Those driving through will remain in their vehicles and receive the treats from the volunteers manning their booths.

For additional information or to sign up to participate, call City Hall at 870-886-6638 or email CityHall@CityofWalnut Ridge.com.

News
Stowers will not seek re-election 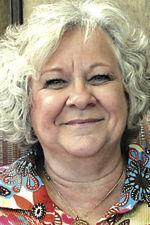 Lawrence County Clerk Tina Stowers has announced that she will not seek re-election to that office.

Stowers is in her eighth term as county clerk, and will retire from the position with 18 years of service.

“It has been a pleasure to serve,” Stowers said.

She is looking forward to enjoying more family time during her retirement.

“I plan to spend more time with my kids and grandkids and do some traveling,” she said.

Jimmy “Jim” Danley of Powhatan has announced he will seek the office of Lawrence County sheriff.

Sheriff Jeff Yates announced earlier this year he would not be seeking re-election to the position.

Danley, who has nearly 40 years experience in law enforcement, retired from the Arkansas State Police as a senior corporal after 33 years with the ASP.

He started his career as a deputy sheriff with the Greene County Sheriff’s Department, a position he held for four years. He then worked for the Paragould Police Department for two years, prior to being hired by the state police.

Danley served with the ASP in Lawrence County beginning June 1, 1987. He was married to Kim Horrell Danley, and they have a son, Cord Danley, and a grandson, Avery.

A graduate of Oak Grove High School, he has a bachelor’s of arts in criminology from Arkansas State University and has continued his education through training with the ASP.

As sheriff, Danley said he would like to be more active with the community and the schools in the county.

“I’d like them to know what the Sheriff’s Office functions are,” he said. “I’ll be a working sheriff. I won’t be in the office every day, 8-5. I’ll be out in the community.”

He noted that he would also like to reduce the turnover rate of employees.

He said he would have an open door policy as sheriff, and the public would be welcome at his office without an invitation.

“If they have questions, they can just come up there,” he said.

Maintaining a good working relation with the ASP and local police departments is also a priority for Danley.

“I look forward to getting out and meeting with everyone and appreciate the community’s support,” he said.

Michelle Sheets of Walnut Ridge has announced her candidacy for the position of County Clerk.

Current County Clerk Tina Stowers announced this week that she will not seek re-election to the office.

Sheets, who serves as a deputy clerk under Stowers, has worked in the County Clerk’s Office for seven years.

She and her husband, Bret, have been married for 22 years, and both are lifelong residents of Walnut Ridge. Bret is a member of the Walnut Ridge City Council.

They have two children, Dylan Sheets, who is 19 and graduated from Walnut Ridge High School in 2020, and Lydia Sheets, 15, who is a sophomore at WRHS.

“I would love to continue to serve Lawrence County as the next county clerk,” Sheets said. “I appreciate everyone’s support.” 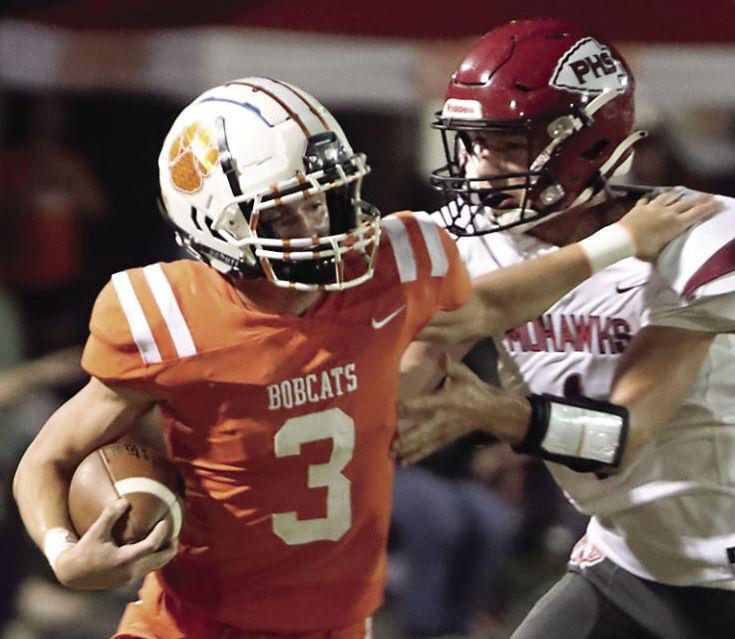 Two separate accidents claimed the lives of two Black Rock residents according to the fatal crash summaries released by the Arkansas State Police.

McCormick was traveling westbound on Highway 90 in Randolph County, near the intersection with Hepler Road, on a 2005 Honda X 13 motorcycle. At approximately 12:24 p.m., the vehicle failed to negotiate a left-hand curve and left the roadway on the right side.

The Honda entered the ditch and overturned, causing the driver to be thrown from the motorcycle, according to ASP Cpl. Nicholas Poulsen.

Humes was traveling southbound on Highway 115 in Lawrence County at 8:06 p.m. on a 2000 Honda V3W when a northbound 2016 Ford F-150 attempted to turn into a private driveway pulling into the path of the motorcycle.

The front of the Honda collided with the passenger side or the Ford, according to ASP Trooper Brady Bates.