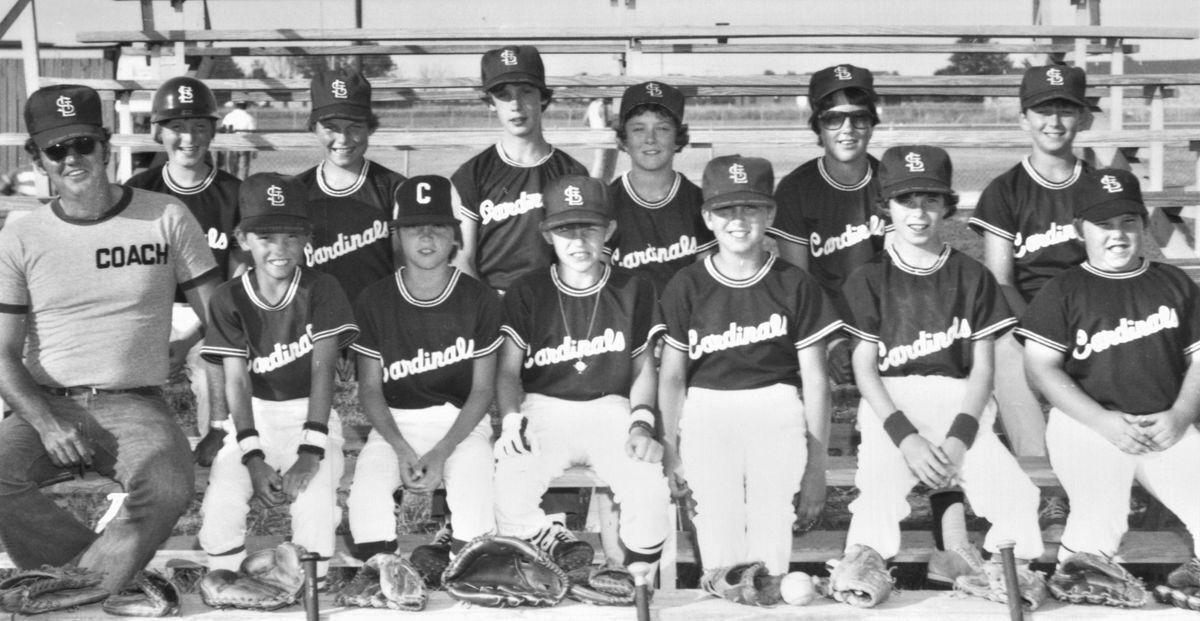 Melba Verke has been appointed mayor of the town of Alicia to complete the term of Beth Reynolds, who recently resigned due to health reasons.

Construction continues on the Powhatan Historic State Park’s Northeast Arkansas Regional Archives facility. A roof has been added to the building, which could be complete as early as October. In addition, brick is being added, along with arched windows.

Kenneth Moody Guthrie, 80, of Walnut Ridge, former Lawrence County sheriff and chief of the Walnut Ridge Police Department, died Thursday at St. Bernards in Jonesboro. He served as sheriff from 1961 to 1971.

Mindy Lancaster, daughter of Dr. and Mrs. Ted Lancaster of Walnut Ridge, was nominated as a 1990 “All American” Finalist by the National Cheerleading Association.

Organizers of the Black Rock Alumni Banquet held July 7 report that 169 people, 116 of whom were from out of town, registered.

William Felton has been elected as a state 4-H officer. He will serve as the Northcentral District vice president during 1990-91.

All heat records in Lawrence County have been shattered by the devastating high temperatures of this month of July 1980. Temperatures have climbed higher and higher, climaxed by a reading of 108 degrees Sunday.

Carla Cate of Walnut Ridge attended drum majorette camp at Arkansas State University recently. She will be the drum majorette for the WRHS Band this fall.

Winners of the Baby Contest at the Portia Picnic July 4 were: Lisa Watts, daughter of Sherry and Bobo Watts of Lynn; and Denny Smith, son of Mr. and Mrs. Jerry Wayne Smith of Rt. 1, Smithville.

Ronald Winningham of Walnut Ridge has been named a member of the Legislative Advisory Committee on Tax Reform.

Beth Bland, Rhonda Sain and Teresa Hoaglan will return tomorrow from Wayland Springs Methodist Camp, where they spent the week.

Diane Walter, daughter of Mr. and Mrs. G. P. Walter of Hoxie, is in New York this week attending the national meeting of the Future Homemakers of America.

Wave Edward Verkler Sr., age 79, of Black Rock died. He was a farmer and sawmill operator.

Dorothy Jeanne Graves, Hoxie High School senior, departed for Washington, D.C., where she is attending the National Convention of the Future Homemakers of America.

Three students from Lawrence County are among 64 students who have been awarded scholarships to Arkansas State College. They are Mary Jane Williams and Catherine Moore of Walnut Ridge and JoAnn Penn of Black Rock.

Mary Bassett is here visiting her mother, Mrs. Dud Bassett. Mary will maintain Congressman Wilbur Mills’ office at Searcy during the congressional recess and then return to Washington when Congress reconvenes.

Walnut Ridge continues to lead the College City Softball League, although they lost to the Preachers Monday night by a score of 10-6.

Open house will be held at the new Dr. Joseph Clinic Sunday afternoon from one until four o’clock. Located on Northwest Second Street, the building is of brick construction and houses an 11-bed clinic.

Bids will be received on Friday, Aug. 4, for 8.4 miles of hard surface work on Highway 63 between Portia and Ravenden at the offices of the state highway department in Little Rock.

Louis N. Bone, age 56, died at his home in Walnut Ridge Sunday morning of a heart attack. He had come to Walnut Ridge Saturday for a period of rest from Little Rock, where he had been employed since the first of 1941 by the State Highway Department.

W.E. Spikes, Walnut Ridge, director of the White River Production Credit Association, was elected to represent the Associations of Central Arkansas on a tri-state district committee at a recent conference of directors held at Little Rock.

Linual Cameron, county supervisor of education, went to Fayetteville last Monday to enter the University of Arkansas for a special course in school management and programming.

A number of relatives and friends surprised Mrs. Kit Phillips at her home near Black Rock last Sunday with a birthday dinner in honor of her 72nd birthday.

Tuesday at noon the Misses Laura and Rebecca Andrews entertained with a luncheon at their home with 20 guests in attendance. Following lunch the group enjoyed hooking rugs.

The Wednesday Bridge Club was entertained at the home of Mrs. Minnie Swindle Wednesday afternoon. High score prizes were won by Mrs. Earl Sloan and Mrs. J.L. Bland. Low prize was awarded to Mrs. Fred Foster. Little Peggy Mae Rainwater, three-year-old daughter of Mr. and Mrs. Henry Rainwater, was recently made a life-member of the Women’s Missionary Society of the First Methodist Church of Walnut Ridge. Members of the society voted to make her a member in honor of her grandmother, Mrs. Mae Cooper, who has been one of the most active members of the society for many years.

Fred Foster, R.D. Burrow and William Townsend were among those from Walnut Ridge attending the doubleheader ball game in St. Louis Sunday.

One of my favorite parts of my job is seeing people share clippings of articles or photos from The Times Dispatch on Facebook or getting a phone call or email from someone who has enjoyed something they have read in The TD.

Often times it is a call from a grandparent who is pleased with seeing a photo of their grandchild or a share from a parent who is proud of an award their child has received.

Other times, it might just be that something that ran in The TD sparked a memory and led to a call or email from a reader.

One such example was a recent correspondence I received from Steve and Betty Snow of Michigan:

“My wife Betty and I would like to express our appreciation to The TD for the article ‘Fallen Soldier from LawCo still remembered in Netherlands,’ found on page A10 in the edition of May 6, 2020.

“Betty has a personal connection to the subject matter of the article. Like David Lambert, her uncle Flight Officer Willard Van Eyck, U.S. Army Air Forces, is also buried in the U.S. military cemetery at Margraten in the Netherlands.

“Willard Van Eyck, a glider pilot, lost his life in action March 24, 1945. In part because his family was of Dutch descent, it was decided that he should be buried in the Netherlands, rather than returned to the United States. A marker in his honor was, however, placed in the family burial plot in Holland, Michigan, so named by the town’s Dutch settlers.

“Except for the COVID-19 pandemic, which curtailed air travel between the U.S. and the Netherlands, we would have been in the Netherlands to help celebrate ‘Liberation Day,’ to commemorate the 75th anniversary of the end of World War II in Europe, and to honor her uncle who died in the Liberation of Europe from the Nazis.

“Like that of David Lambert, featured in the article, Willard Van Eyck’s grave has been adopted by a Dutch family, whom we had hoped to meet during our visit. Betty has contributed photographs of her uncle to the “Faces of Margraten” project, which seeks to put faces to the names of the fallen.

“We commend the TD and Lawrence County Historical Society President Jon Walter, who wrote the article, for honoring those who sacrificed their lives in World War II and for acknowledging the gratitude of the Dutch people.”

It always makes me feel good when people express their enjoyment of reading The TD. Many times I have received such a message at just the right time to pick up my spirits after a hard day’s work.

Sharing the stories of others, and then seeing those stories shared by others is definitely one of the highlights of my job.