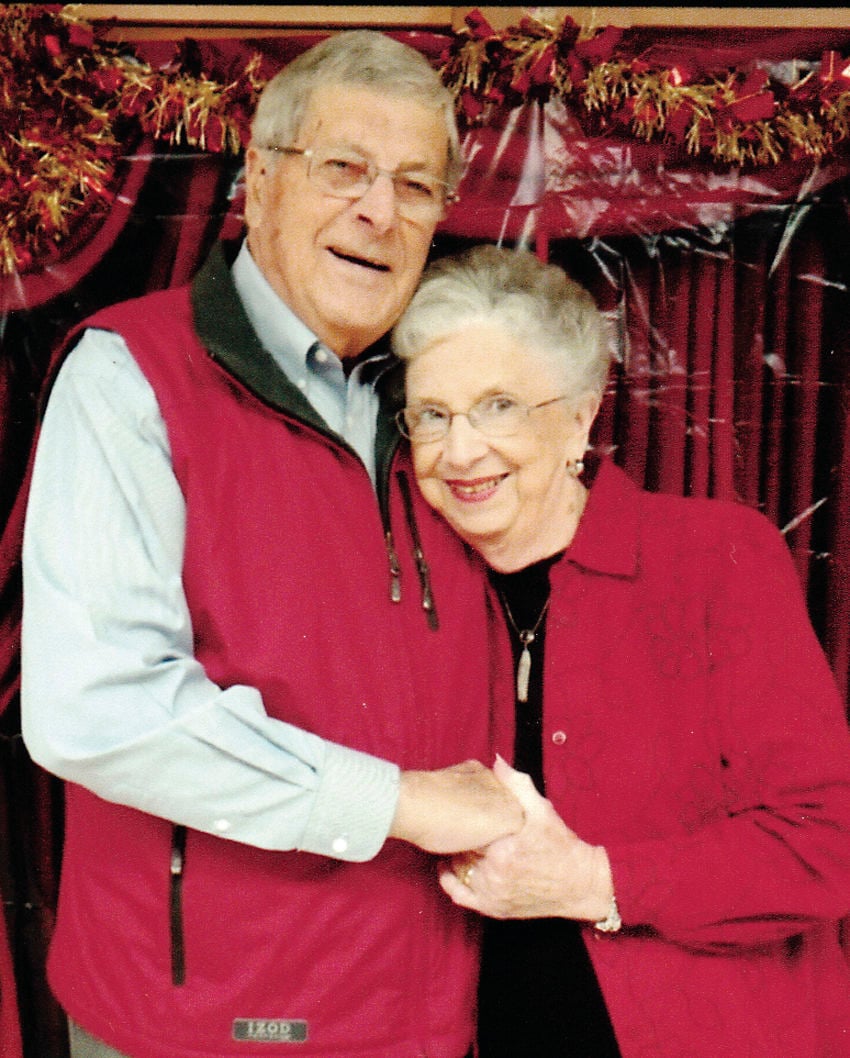 Gene and Sue Brand pose for a photo at a Valentine’s Day event, held in recent years at the First United Methodist Church in Walnut Ridge. 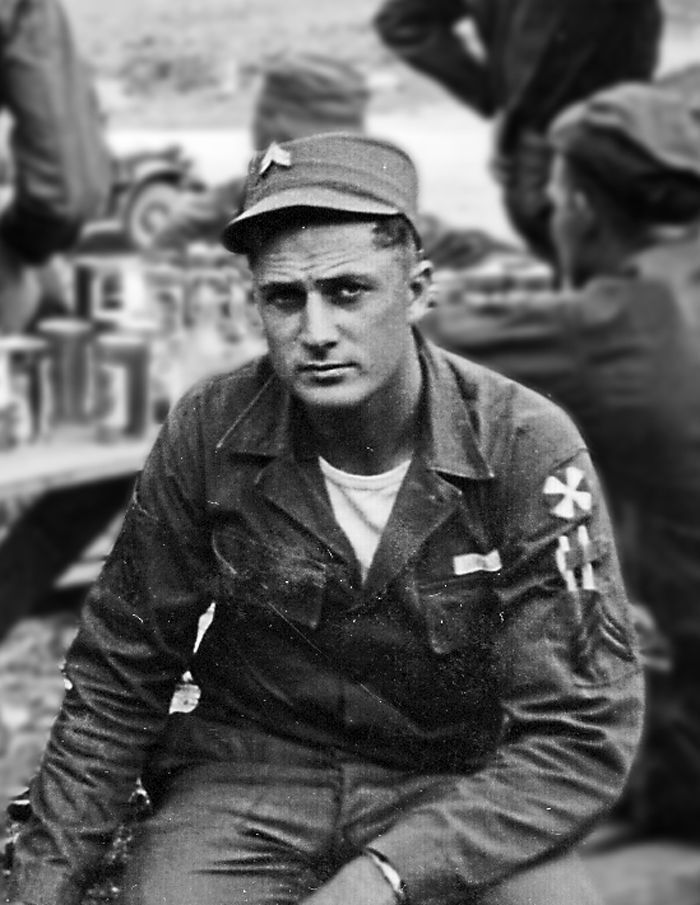 Gene Brand was stationed with the U.S. Army in Korea in 1954.

Gene and Sue Brand pose for a photo at a Valentine’s Day event, held in recent years at the First United Methodist Church in Walnut Ridge.

Gene Brand was stationed with the U.S. Army in Korea in 1954.

Gene Brand of Walnut Ridge has spent the last month recovering from knee-replacement surgery. “Take care of your knees,” he advised, implying the recovery process is difficult.

For Brand, overcoming challenges is nothing new.

He was born Dec. 12, 1931, during the Great Depression. The son of Clarence and May Brand, Gene, was one of four siblings, a sister and two other brothers. They grew up in Clover Bend, where his father was a sharecropper for the Slayden family.

Around 1938-39, Clover Bend became the site of one of President Franklin D. Roosevelt’s New Deal programs, with the government purchasing a 5,600-acre plantation and dividing it into 88 units, averaging 45 acres each, according to the online Encyclopedia of Arkansas. The Brand family would participate in the program, which was designed to provide relief, recovery and reform. Through the program, farmers paid an affordable amount on a 40-year lease and were provided the acreage, as well as a house, chicken house and other outbuildings.

Gene recalled he and his brothers sometimes hunting and fishing for their evening meal. They hunted for quail, rabbit, raccoon or squirrel or caught fish in the nearby Black River. “You never caught more than you could eat. We would kill it, and Mother knew how to cook it. We never wanted for food.” Once he and his dad even saved a couple of men from drowning, after their fishing boat capsized in the nearby Black River.

When Gene began attending the Clover Bend School in first grade, the school consisted of a two-room schoolhouse. Then, in 1939, the new school was completed and at one time had a top enrollment of some 500 students. In high school, Gene would play basketball and serve as student body president, before graduating in 1950.

“There have been some real fine educators come out of that school,” he said. The school still stands today as part of the Clover Bend Museum and Historic District, a preservation effort spearheaded by the late Viola Callahan Meadows, who also grew up in Clover Bend. Brand served on Viola’s preservation board for a time.

Viola would have a much greater impact on Brand many years earlier, when she introduced Gene to his future wife, Sue Pickens. They met while attending a district meeting of Methodist Youth Fellowship. As Gene said, they “struck up a romance” and were married in the Walnut Ridge Methodist Church in November of 1952.

Gene had been employed at Van Atkins Department Store in Walnut Ridge, but shortly after their wedding, Gene was drafted into the U.S. Army. In January of 1953, Gene would take a bus to begin military training. He underwent basic training at Ft. Carson at Colorado Springs, Colo. He spent that summer at Camp McCoy, Wisc., helping to train new recruits.

In January 1954, Brand was sent to Korea. The Korean War had ended in late July, and he was stationed with an observation battalion at the 38th Parallel, where they “fortified the front” between North and South Korea. They flew on helicopters and searched out land mines to be destroyed. While Gene was in Korea, he and Sue wrote letters almost daily, but the letters took 30 days to reach one another. In December of that same year, he caught a ship back to the U.S. and it would take 24 days before he arrived in San Francisco.

Shortly after returning home, Gene received a call from Paul Morgan of Citizens National Bank in Walnut Ridge. Morgan asked him to come work at the bank, which was then located on Main Street.

Gene started working there on Jan. 11, 1955, and would begin learning the banking business by working in various positions.

In the meantime, Gene and Sue would also start a family and eventually have three sons, Alan, Keith and Kevin, and a daughter, Kay Lynn.

Gene had been working there five or six years, when Paul Morgan left Citizens to work at a bank in Pocahontas. Larry Sloan, bank president, then asked Gene to serve as cashier for the bank. “Larry was a very, very kind person to work for. He never had a harsh word for me,” Gene said.

With the promotions, Gene would need further education, so he spent three summers attending the Southwestern School of Banking at Southern Methodist University in Dallas. He studied throughout the year and returned to Dallas for the schooling in the summers. While at banking school, he had the opportunity to meet Don Meredith of the Dallas Cowboys and former astronaut Alan Shepard.

Brand would go on to be executive vice-president, then board chairman and bank president. “It was all very rewarding. I worked with some good, fine, people – hardworking people,” Brand said.

Brand said he spent a fulfilling three or four years assisting J.K. Southerland and Williams Baptist University (then Southern Baptist College) with financing the building of some of the campus buildings. Gene also oversaw the construction of a new bank building for Citizens in 1974. The building, on West Walnut Street, now houses Regions Bank. Brand’s last day at Citizens was on Jan. 11, 1985, when the bank sold and new management took over.

During his banking career, Gene also took time for other community service opportunities. He was active in the Kiwanis Club, the Chamber of Commerce Board, of which he was president, served a term on the Lawrence Memorial Hospital Board, as well as the board of the Walnut Ridge School District, from where their children all graduated. He is also a member of the local Masonic Lodge, receiving his 65-year pin last year.

Gene, as well as Sue, have been very active members of First United Methodist Church in Walnut Ridge. Most of their adult lives, Gene has sung bass in the choir, while Sue has played the organ and piano. They also jointly served as church youth leaders for many years.

In addition to serving in most all positions of the local church, Gene was elected five times by the North Arkansas Conference of the United Methodist Church to attend the denomination’s General Conference, a governing board of 1,000 delegates who meet every four years. He was also appointed to the World Methodist Council and once attended a meeting of the council in Honolulu, Hawaii, where he was joined by some of his family.

He also worked with the United Methodist Development Fund, which helped with building, rebuilding and remodeling Methodist churches all over the U.S. The organization had an office in New York City, so he went there for meetings several times. One memorable trip to NYC was in 1993. While there, a bombing occurred in the parking garage of the World Trade Center. The incident heightened airport security, and resulted in Brand being awakened at 2 on a Sunday morning to get to the airport in order to get through security. He made his flight and was back home that same morning in time to sing in the church choir.

After his banking career, Gene owned and operated Brand Auto Sales in Walnut Ridge, where he enjoyed helping people, much as he did in banking. Son Kevin said, “Dad would loan money on a handshake.” He continued to operate the business until recently.

Gene and Sue’s second son, Keith, followed in Gene’s footsteps and served as city president of Regions Bank in Walnut Ridge. Keith died in May of 2015. At the visitation for Keith, a woman told Gene that Keith “loaned me money out of his pocket for Christmas just like you did.”

“Keith’s passing took a lot from all of us,” Gene said.