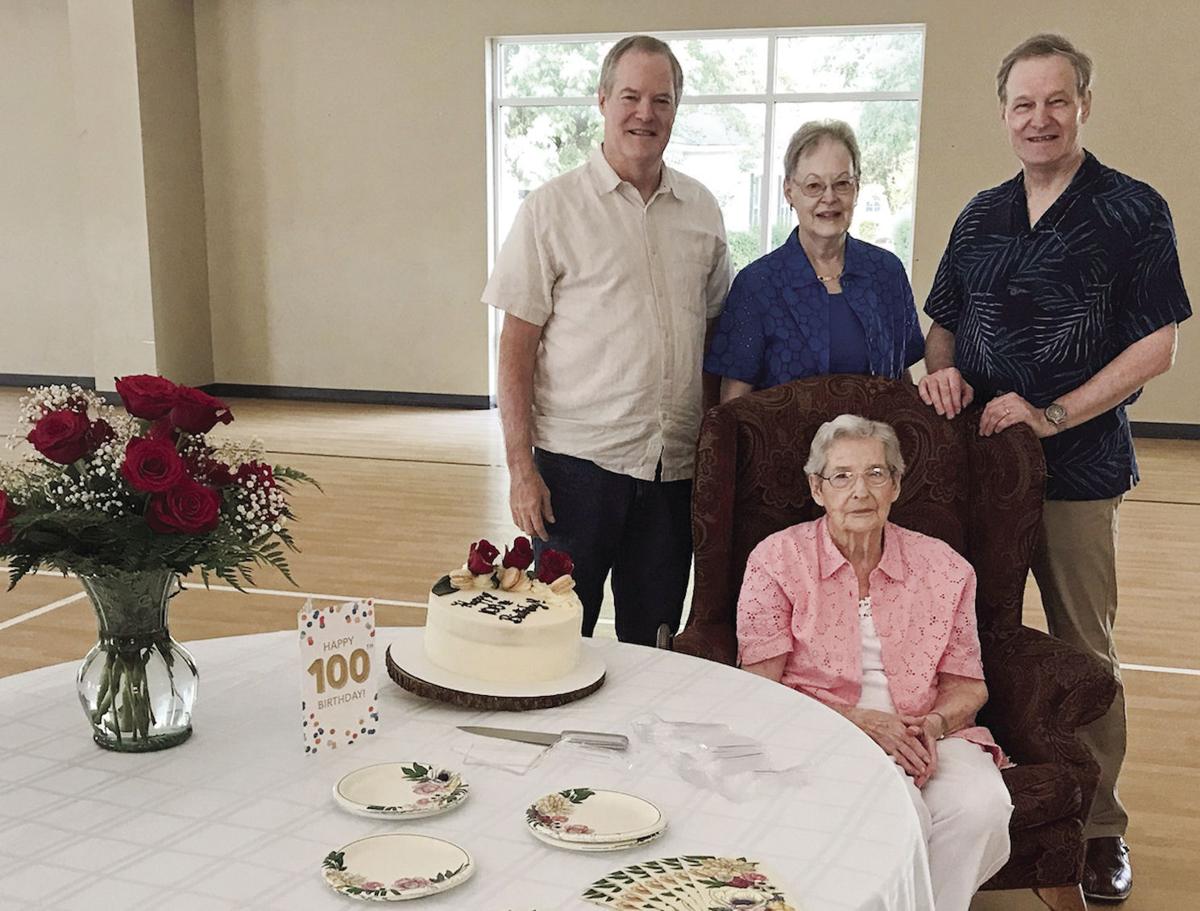 Mable Humble (seated) turned 100 on Saturday. Among those helping her celebrate were her children (from left) Daniel Humble, Ruth Miller and David Humble. 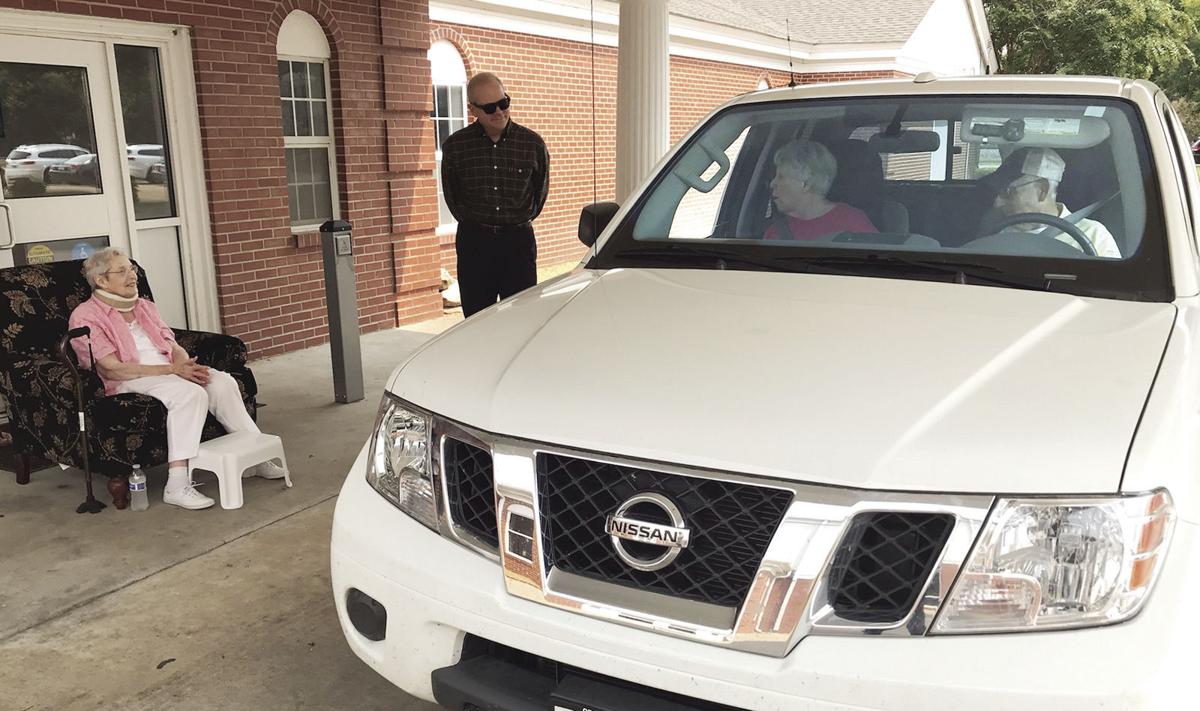 To limit exposure, a drive-through celebration was held to let friends wish Mable Humble a happy 100th birthday on Saturday. 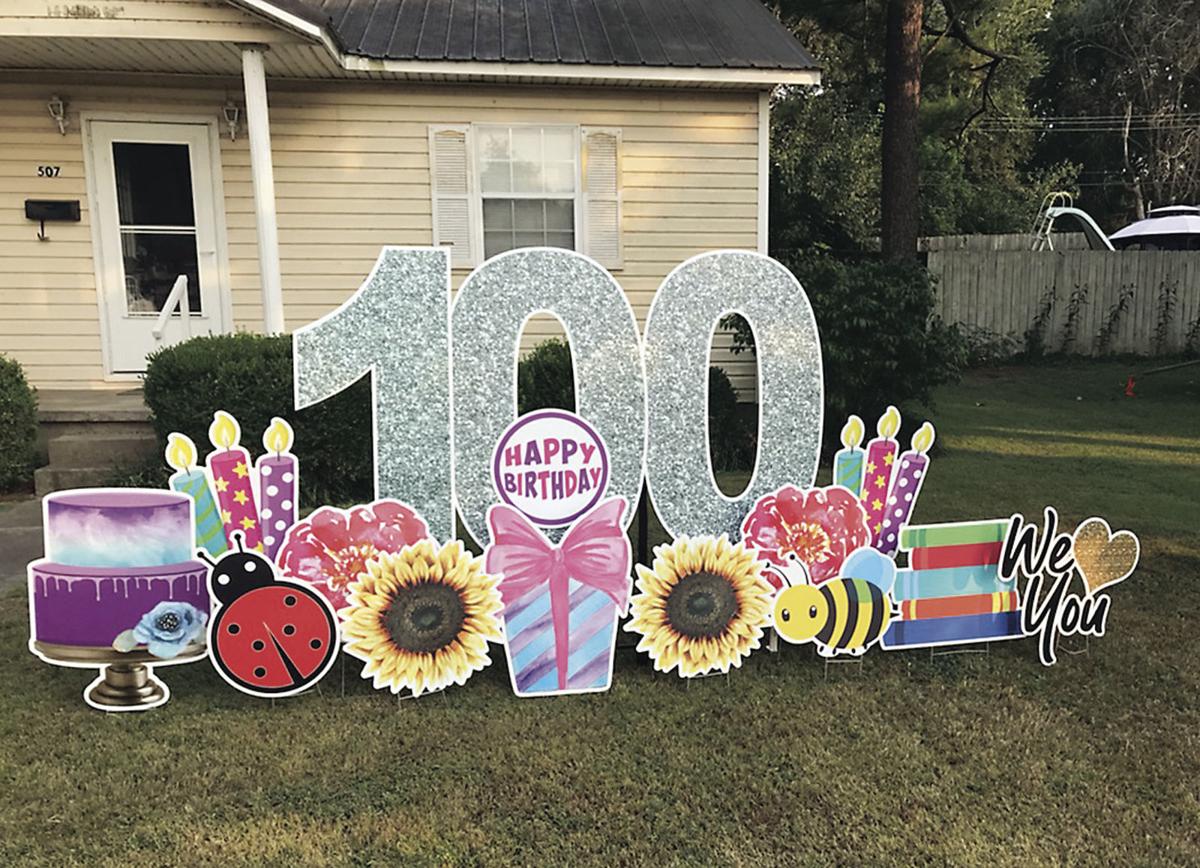 Mable Humble (seated) turned 100 on Saturday. Among those helping her celebrate were her children (from left) Daniel Humble, Ruth Miller and David Humble.

To limit exposure, a drive-through celebration was held to let friends wish Mable Humble a happy 100th birthday on Saturday.

Mable Humble of Walnut Ridge was the center of attention on Saturday, and rightly so, as she celebrated her 100th birthday.

She was honored with a gathering including her children, Ruth Miller of St. Louis, Daniel Humble of Brinkley and David Humble of Japan, as well as extended family. They enjoyed cake, provided by her Sunday school class, and fellowship to mark the occasion.

In addition, a drive-through celebration was held at First Baptist Church in Walnut Ridge, rather than an indoor event. Many came through to share birthday greetings with Humble, who was seated under the portico at the church.

Humble’s yard was also decorated or the occasion, with a giant “100” surrounded by decorative cutouts of gifts, flowers, candles, a birthday cake and more.

Still living on her own, Humble will be remembered by many for her role at Southern Baptist College (now Williams Baptist University), where her late husband, Dr. Earl Humble, was a professor. She assisted him and was an office worker for the college. Prior to that he served as a pastor at numerous churches with his wife at his side.

Friend and fellow church member at First Baptist, Elizabeth Lacy, said Humble was raised on a farm and knew her share of struggles in life.

“She’s not had a real easy life,” Lacy said. “She knows what hard work is.”

That life made her tough, though, and that toughness has helped her these past couple years after she suffered a fall that resulted in a broken bone in her neck that requires her to wear a brace and then underwent hip replacement surgery earlier this year at 99.

“She is tough,” Lacy said. “She’s been very uncomfortable, I’m sure, but she’s not a complainer.”

Humble was presented with a bouquet of roses from her Sunday school class and also received flowers from many others to mark the occasion.

“She loves her flowers,” Lacy said, noting that before she had to downsize her home she had the most beautiful rose garden.