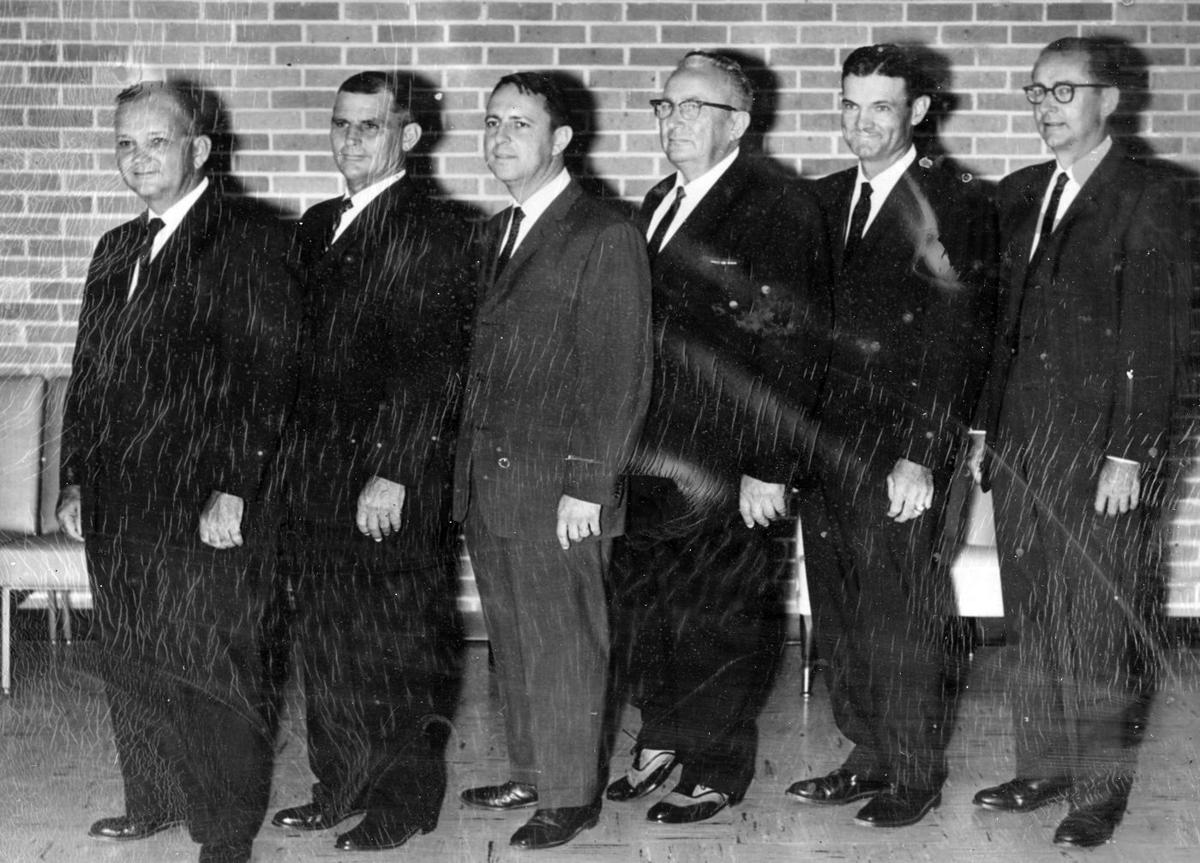 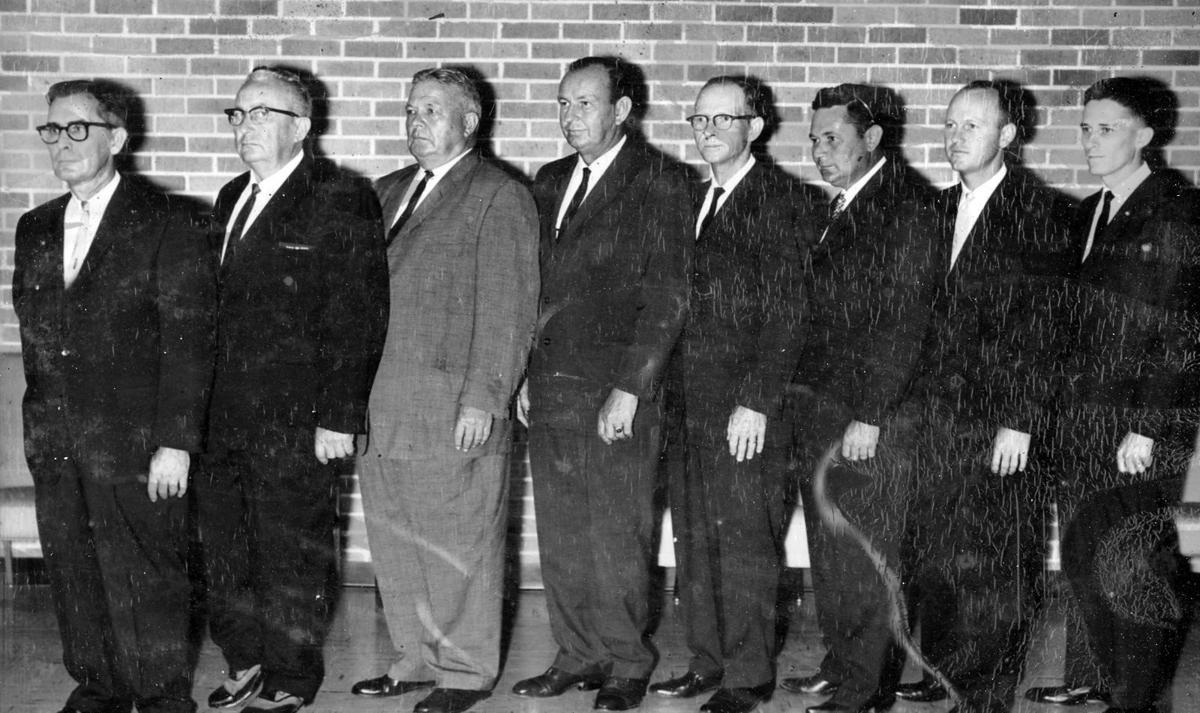 Lawrence Memorial Health Services, the county’s local, non-profit healthcare institution, is celebrating its 60th birthday this year. Nowadays, it is difficult to imagine our community without the hospital and its adjoining nursing home, Lawrence Hall, though we sometimes tend to take these vital local facilities for granted today.

Most believe a good local hospital to be one that is dedicated to excellent healthcare, profound hospitality and accessibility, and a responsible and caring medical staff. Since its establishment in 1960, Lawrence Memorial has excelled in these characteristics. This big birthday celebration is a major milestone and presents a great opportunity to reflect on Lawrence Memorial’s original founding and major highlights of its historical development.

Lawrence Memorial’s opening in 1960 was actually at least 15 years in the making.

The first attempt to open a hospital in the county began during World War II. Lawrence County political and business leaders hoped the federal government would establish a Veterans Hospital at the Walnut Ridge Air Force Base, near where Williams Baptist University and the Walnut Ridge Regional Airport are located today. A letter from Chamber of Commerce President A.S. Irby on June 14, 1945, to U.S. Congressman Wilbur D. Mills stated that “ample houses” were already available at the site, so that “many thousands of dollars could be saved by the utilization of this or any other Air Base unless the Board just wants to squander government money.”

That proposal never went anywhere, however, because the Veterans Administration did not want to locate in such a small population area and build “a hospital in connection with an Air Field that might be declared surplus” and closed when the war ended.

About a month after Irby pitched his idea for a VA hospital, Walnut Ridge attorney D. Leonard Lingo wrote another letter to Congressman Mills, stating that “A younger doctor has located in this community and established himself very favorably among the people of Walnut Ridge and vicinity, and now desires to erect a hospital.” Lingo estimated that the facility would cost around $40,000 and informed Mills that the doctor would “like to secure a loan of $20,000 or $25,000” from the federal government to help with construction. Despite Mills’s consultation with multiple federal agencies, no government funds were secured in 1945.

After the war ended, President Harry S. Truman focused a good deal of his attention on healthcare reform. He failed to get Congress to pass his plan for universal healthcare, but he was able to secure passage of the Hill-Burton Act in 1946. The act provided federal grants and loans for the construction of local hospitals and other health facilities.

Hoping to tap these new federal funds, Lawrence County leaders made another effort to establish a local hospital in 1947. But when Lawrence County citizens went to the polls to decide whether or not the county would raise the tax revenue to cover the local share of the costs, only 975 people voted for the hospital measure while 1,174 voted against it. Consequently, the county would go another decade without a local hospital.

A mandate from the people

Dr. Ralph Joseph of Walnut Ridge went to the county’s political leaders in 1957 and asked if the construction of a local hospital facility could be considered again and put up for a vote by the people in the November election. County Judge Brooks Penn and the quorum court agreed with Dr. Joseph on the need for a hospital in the county and decided to place a funding measure on the ballot. In what The Times Dispatch called “A Mandate from the People,” the county’s citizens overwhelmingly supported the hospital measure, voting a whopping 2,278 for and only 298 against, or by an 8 to 1 margin. The lopsided election results surprised everyone, said the local newspaper, “including political experts.”

The total construction and initial equipment costs for the hospital amounted to $525,000. The county provided $175,000 and the rest of the cost, $350,000, was covered by the federal government through the Hill-Burton Act funds. The county was given 20 years to repay a federal loan for its portion of the costs.

The county purchased land for the hospital from R.E., Una and Jeanette Thornburgh in June 1958. County Judge Brooks Penn appointed five men to serve on a building committee with him to supervise the hospital’s construction: Dr. Ralph Joseph, D. Leonard Lingo, Jerry Bassett, Charles Snapp and William “Bill” Rainwater. The weather was often a hindrance, but the hospital complex was completed in May of 1960.

A board of governors, appointed by the county judge and approved by the quorum court, was established to oversee the new public healthcare institution. Those serving on Lawrence Memorial’s founding board were Roy Pickett, D. Leonard Lingo, Chairman G.H. Ring, Jeff Matthews, Glenn Allen, John Moore and Tom Sloan.

Kenneth Sanders was appointed as the hospital’s first administrator, and eight doctors were hired, as well as several nurses and a few lab technicians. Mildred Mullens was hired as the first superintendent of nurses, George Shearer as the head of laboratory and X-ray, Ted Riggs as the chief cook, and Paula Wilds as office manager.

To celebrate the opening of the hospital, a “Walking Blood Bank” was held, in which about 500 people donated blood. The dedication ceremony, attended by hundreds, honored those American soldiers from the county who lost their lives in World War I, World War II and the Korean War.

Lawrence Memorial officially opened its doors on June 1, 1960. It originally consisted of 40 beds; eight rooms were private, and the rest were semi-private. The semi-private rooms cost $9 per day, while the private rooms, which had either their own shower or bathtub, cost $13 a day.

While the hospital was still under construction, plans were made to add a nursing home for the care of the elderly to the facility. It cost $125,000 to build, and two-thirds of it was provided through federal funds from the Hill-Burton Act. Opening in 1962, the convalescent home, named Lawrence Hall, consisted of 28 beds. In addition to the patient rooms, the facility included a dining room, a utility room, lounges, patios and a nursing station. Lawrence Memorial’s head administrator, Kenneth Sanders, placed ads in newspapers in the surrounding areas, and even in Kansas City and St. Louis, to hire nurses to work at the hospital and the nursing home.

After 1960, County Judge Brooks Penn always spoke proudly of Lawrence Memorial during his campaign speeches for re-election. He stated that “Numerous people who have had the occasion to use it, say that they have received the best of care and remark that we should have had it years ago.”

Lawrence Memorial was also able to use St. Bernards’ technological and industrial expertise to improve the healthcare services offered to the citizens of Lawrence County. Though Lawrence Memorial remains an independent, not-for-profit institution, its partnership with St. Bernards Hospital has been a major asset to the local citizenry for nearly 40 years.

Today, in addition to the invaluable healthcare services it provides to local citizens, Lawrence Memorial is the largest employer in the county, with about 350 employees. Its physical plant and property, which cost around $750,000 to construct in the early 1960s, are now worth over $11 million. According to Junior Briner of Walnut Ridge, who has worked at Lawrence Memorial since 1967 and is its chief operating officer, the local healthcare institution is “the economic driving force of the community.”

Despite the many challenges facing small, rural healthcare services in America today, Lawrence Memorial continues to honor its founders’

legacy and stand as a major pillar of the Lawrence County community, rendering excellent healthcare services under the slogan of “People you know caring for the people you love.”

Hannah Koons is a history major at Williams Baptist University. She conducted research on the founding and historical development of Lawrence Memorial Hospital as a directed study this summer under the instruction of Dr. Blake Perkins.