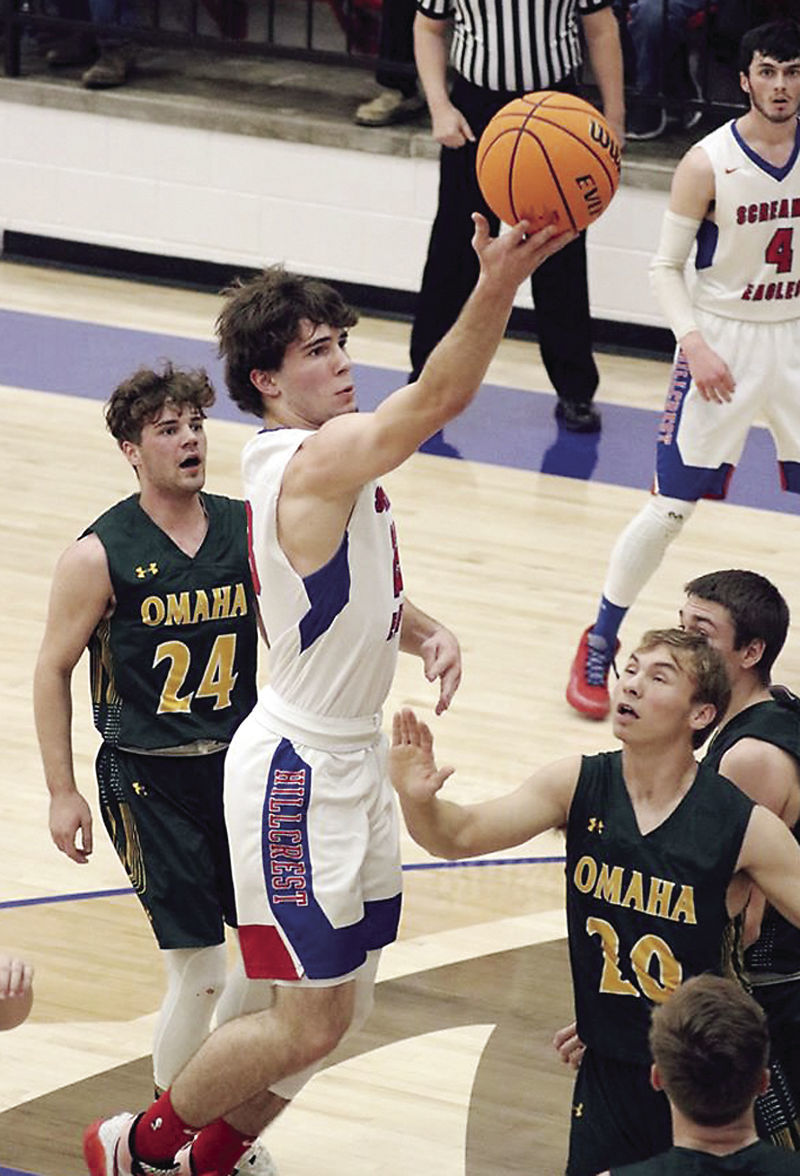 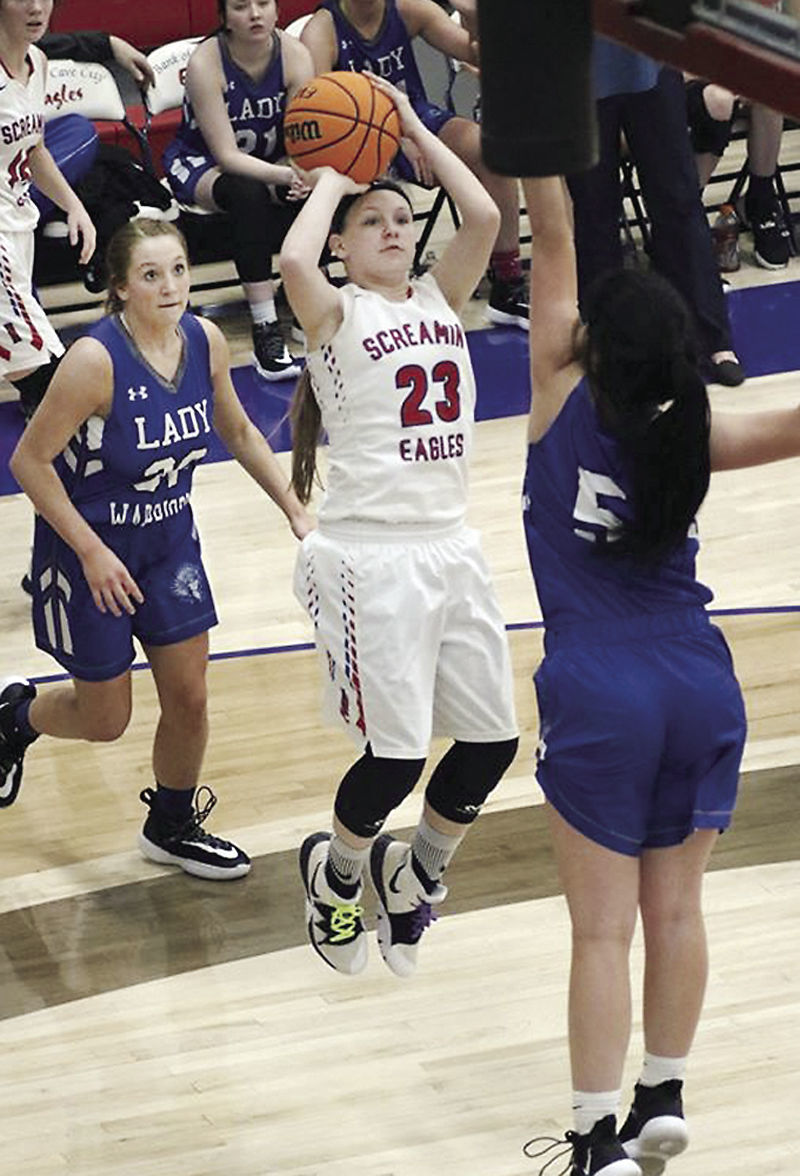 Hillcrest’s Marissa Murphy pulls up for a jump shot as the Lady Screamin’ Eagles defeated Western Grove 71-53 on Thursday in 1A Region 2 first-round action.

Hillcrest’s Marissa Murphy pulls up for a jump shot as the Lady Screamin’ Eagles defeated Western Grove 71-53 on Thursday in 1A Region 2 first-round action.

Jonathan Dulaney hit a buzzer-beating three-pointer from the left wing to give the Hillcrest Screamin’ Eagles a 56-53 win over Viola in the boys third-place game of the 1A Region 2 Basketball Tournament at Lynn on Saturday.

In the girls tournament, Hillcrest also captured third place with a 51-42 win over Mammoth Spring.

Both Hillcrest teams qualified for the 1A State Tournament, which is being played this week at Lake Hamilton High School in Pearcy. The Lady Screamin’ Eagles will play Rural Special tonight (Wednesday) at 7 p.m. Following that game, the Hillcrest boys will face Mt. Vernon-Enola at 8:30.

Hillcrest clinched a spot in the state tournament with a 51-36 victory over the Omaha Eagles on Feb. 26.

The contest was close early, with host Screamin’ Eagles leading 13-11 after one quarter. Hillcrest gradually pulled away, opening a 26-17 advantage at the intermission and stretching the lead to 41-23 at the end of the third period.

Bryson Doyle scored 15 points for Hillcrest, followed by Clint Nunnally with 14 points, and Caleb James with 10.

The Lady Screamin’ Eagles advanced with a 71-53 victory over the Western Grove Lady Warriors on Thursday.

Hillcrest got out of the gates early, racing out to a 25-6 lead in the first quarter. The Lady Eagles led 33-21 at halftime and 48-36 after three quarters.

Kylie Baxter led the Lady Eagles with 20 points. Molly Emison chipped in 14 points, while Mickayla Smith and Gabby Jones each finished with 12 points.

The Lady Screamin’ Eagles fell to Viola 53-26 in a girls semifinal game on Friday.

The Mammoth Spring Bears outlasted Hillcrest 35-32 in a back-and-forth boys semifinal on Friday.

The Bears led 9-7 at the end of the first quarter before Hillcrest battled back to lead 17-14 at the intermission. The Screamin’ Eagles carried a 28-24 advantage into the final period, but were outscored in the frame 11-4 by the Bears.

Hillcrest led the Viola Longhorns 19-14 at the end of the first quarter, 34-27 at halftime and 41-40 after three quarters of the boys third-place game on Saturday. The Longhorns fought back to tie the game at 53-all when Dulaney launched his game-winner at the final buzzer.

A 31-6 run during the second and third quarters lifted the Hillcrest Lady Screamin’ Eagles to a 51-42 win over Mammoth Spring in the girls third-place game on Saturday.

Mammoth Spring led 18-6 in the second period when the Lady Eagles went on its run, resulting in a 37-24 Hillcrest lead. The Lady Eagles led 40-28 after three quarters and held off the Lady Bears in the final period.

Following the finals, the boys and girls All-Region teams were announced.