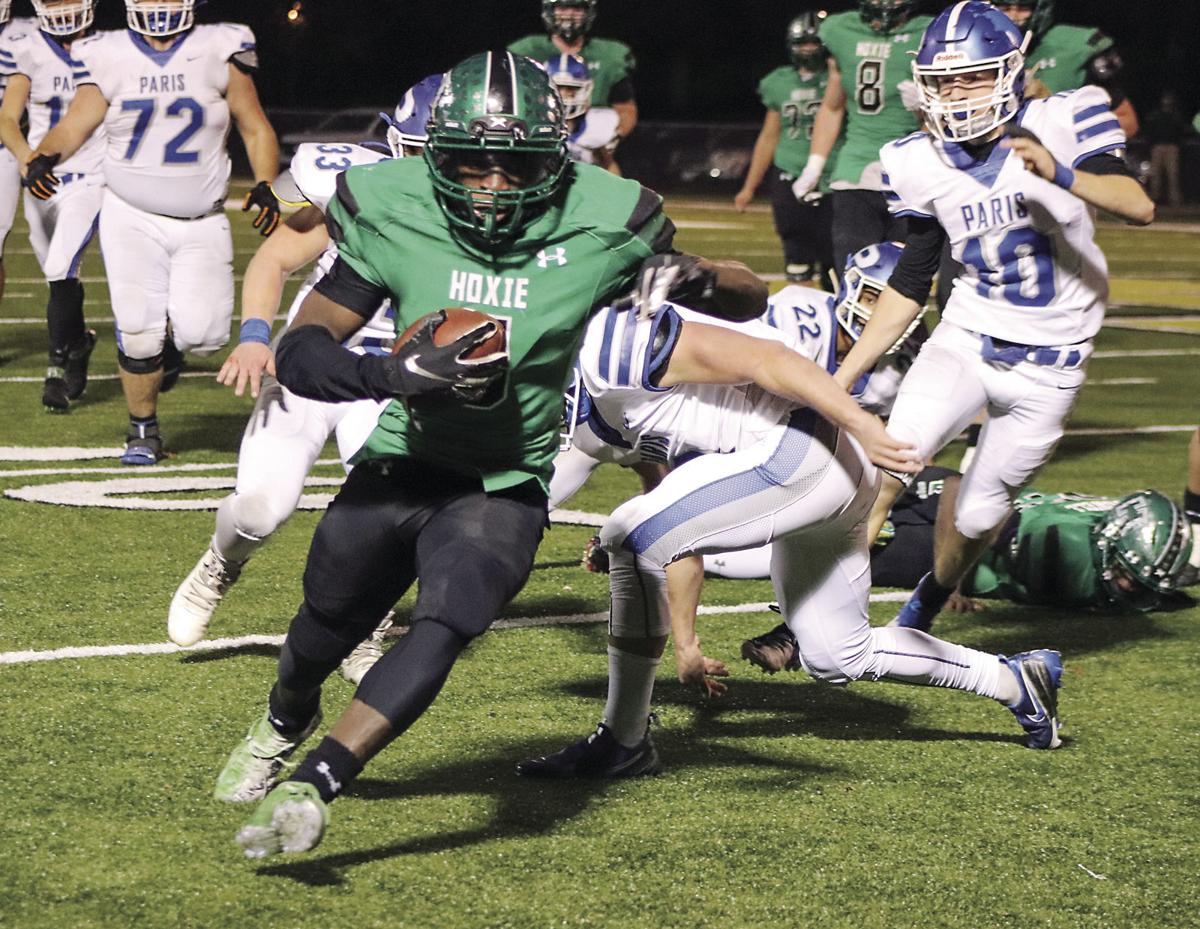 Hoxie’s Davie Powell runs for one of his two touchdowns against Paris in the quarterfinals of the state playoffs on Friday night. 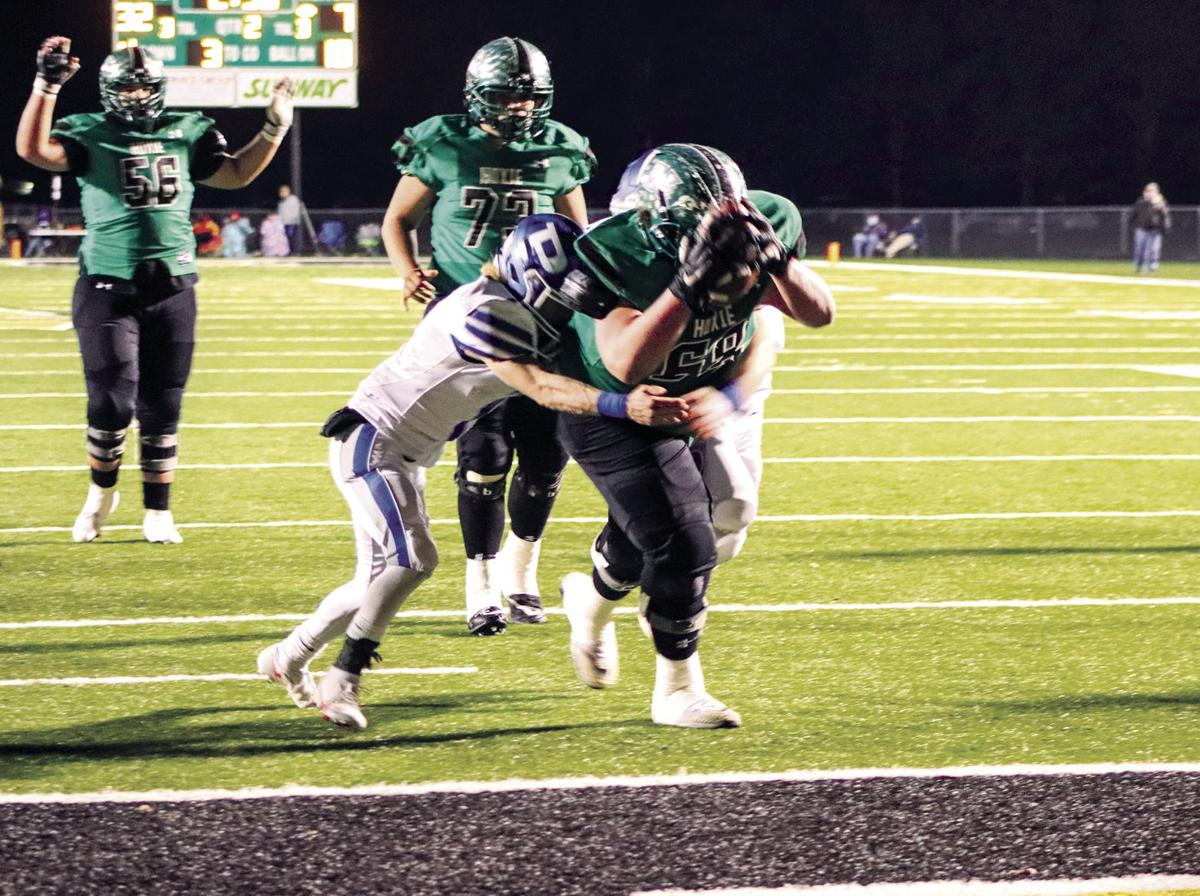 Mustang defensive lineman Jalen Chappel takes a fumble recovery into the endzone for Hoxie during the Mustangs’ 65-35 victory Friday night. Also in on the play were Zane Alls (#56) and Chase Guthrie (#73).

Hoxie’s Davie Powell runs for one of his two touchdowns against Paris in the quarterfinals of the state playoffs on Friday night.

Mustang defensive lineman Jalen Chappel takes a fumble recovery into the endzone for Hoxie during the Mustangs’ 65-35 victory Friday night. Also in on the play were Zane Alls (#56) and Chase Guthrie (#73).

Daylon, ShunDerrick and Davie Powell combined to rush for 671 yards and nine touchdowns as the Hoxie Mustangs overwhelmed the Paris Eagles 65-35 in the quarterfinals of the 3A football playoffs Friday night at Crider Field.

Hoxie improved to 12-0 on the season and will next face the McGehee Owls in the semifinals at McGehee. The Owls are also undefeated, at 11-0.

Against Paris, the Mustangs set the tone early, scoring 26 points in the first quarter. ShunDerrick Powell scored Hoxie’s first touchdown on a 39-yard run. He followed that up with an 89-yard scoring burst later in the period.

Quarterback Daylon Powell scored on runs of 51 and 80 yards, as the Mustangs led 26-7 after one period.

Hoxie extended its lead in the second quarter when Daylon Powell scored on a one-yard keeper to make the score 32-7. Later in the period, Jalen Chappell picked up a fumble and returned it 10 yards for a touchdown. Chappell added the PAT to stretch the Mustangs’ advantage to 39-7. Paris added a touchdown and two-point conversion to cut Hoxie’s lead to 39-15 at the intermission.

Each team scored 12 points in the third quarter, with Hoxie’s scores coming on a 32-yard run by ShunDerrick Powell and a 52-yard dash by Davie Powell.

The Eagles scored a touchdown and two-point conversion in the fourth quarter to make the score 51-35, but Hoxie finished strong, turning in two more big plays to close out the game. Daylon Powell scored on a 55-yard run, and added the conversion to give Hoxie a 59-35 lead. Davie Powell scored the game’s final points on a 66-yard run, setting the final score at 65-35.

Grady Cook had four carries for 27 yards. Cade Forrester rushed five times for 19 yards, and Jalen Chappell carried once for 10 yards and a touchdown.

Stefan Coleman caught two passes for 23 yards, and Forrester had one reception for eight yards.